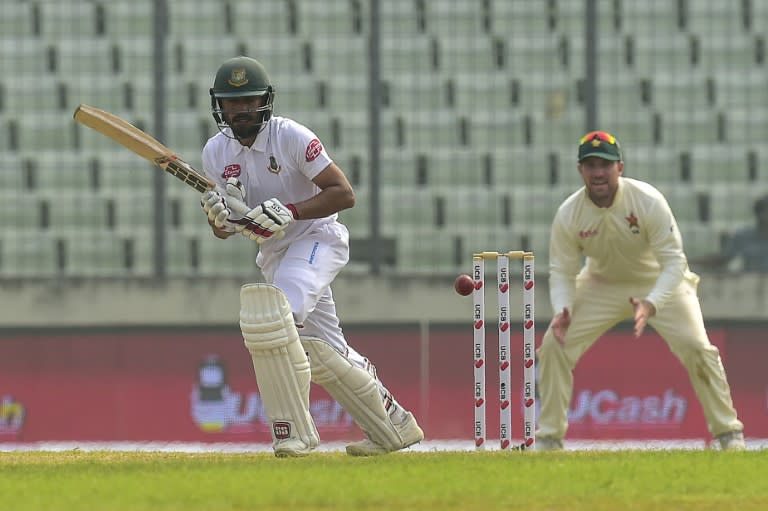 The thorns of Zimbabwe started the second rounds of Bangladesh early, but could not stop the landlord's leadership from raising 296 races in the second test in Dhaka on Wednesday.

In spite of the first strokes of 218 people, Bangladesh preferred to pursue pursuits and reached 78 in lunch on the fourth day.

The parity, after Kyle Jarvis and Donald Tiripano lowered 25-4 in Bangladesh, had 53 races on the unbreakable fifth-wicket booth.

Zimbabwe went to the third day in 304, announced the first 522-7 in Bangladesh to respond to the mammoth.

Later, Jarvis beat Bangladesh when he removed Imrul Kayes and Liton Das from the three balls in the fifth.

Imrul, who only made three of them, was the first man to break out Brendon Mavuta, a short ball wide apart from the off-stump, for a simple capture.

The two balls then took six runs to allow Liton to hang out in Bangladesh on 10-2.

First-innings centurion Mominul Haque quickly followed the openers after capturing Tiripano to scrape Regis Chakabva onto a chick in the next round.

Bangladesh has once again set himself in trouble as Mushfiqur Rahim, who played 219 in the first hit, had fired a smooth shot into the square-footed artillery Mavuta for only seven runs.

However, Mithun and Mahmudullah prevented further damage by gradually expanding their partnership in order to get the leader close to 300 cities of Bangladesh.

The first test in Sylhet, Bangladesh, has to be a series of 151 runs.

Manny Pacquiao confirmed that he wanted Conor McGregor after WBC told him that the UFC star was ‘one win away’ from the world championship challenge.