Virat Kohli ranks top in the Test rankings, while Rangana Herath retires in the 8th place as a bowling player 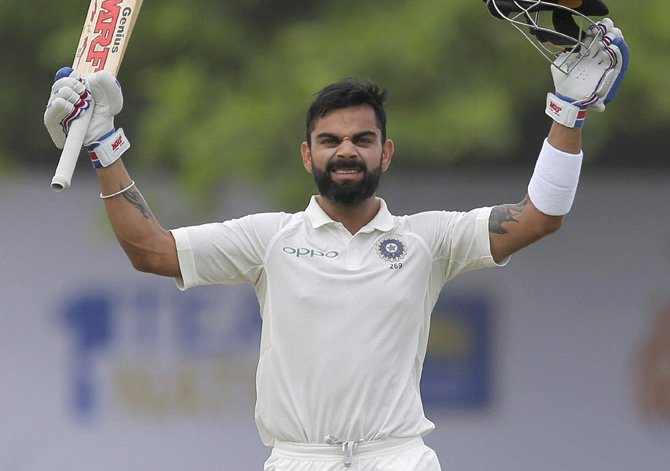 Indian captain Virat Kohli ranked top in the ICC Test ranking. Bat, who used his right hand, ranked top in the ranking for the batsmen with 935 points, while Steven Smith ranked second with 847 points. During the test series, Kohli climbed to the top before falling into second place against England. He climbed to the top of the same range and maintained his position so far. Smith has not played Test cricket for almost eight months since he banned Cricket Australia for a year imposed on him in early March this year.

There have also been several changes in the ICC ranking, as Keaton Jennings, now competing against India, ranked 46th and ranked 46th. On the left, the bats scored 146 points and 46 points against the Sri Lanka in Galle earlier this week in the first test.

Ben Foakes, who watched the same Test for the first time in a century, ranks 69th in his first match. Since Jonny Bairstow is almost certain to take his place in the XI game, he has a chance for the next Test.

Rangana Herath, who played the farewell test in Galle, ranked seventh before the start of the Test, but retired as a bowling player at the 8th place in the Test cricket.

Just a wicket scalped James Anderson, at the top of the list for bowling with 896 points. Stuart Broad, who dropped out of the XI game, dropped to 14th place in the rankings. India's Ashwin and Ravindra Jadeja are ranked 5th and 9th in the scoreboard, respectively.