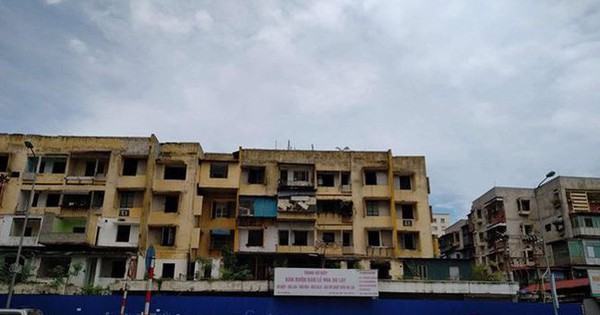 At the meeting, Vinaconex Deputy General Manager – Chairman of the Board of Directors of Vinaconex Real Estate Corporation Duong Van Mau was named as the Green Building at the 27-storey height following the renovation project of the old apartment building L1, L2 (5-storey residential building, Lang Ha Ward).

Vincom Nguyen Chi Thanh commercial center will be 5 high-class commercial center, such as offices, services and 4 seasons swimming pool. The apartments have been finished to a good degree with full plaster ceilings, kitchen cabinets, wooden floors …. In particular, the building's 3,000-square-meter 3-basement layer will basically solve the park's demand for the entire project.

Mr. Mau also invited 118 households to the ownership of their former home, after becoming the owner of the renovation project of the old 93 Lang Ha apartment. Renovation, new construction with high consensus rate.

In order to ensure the harmony of the interests of the people, Vinaconex Real Estate JSC has implemented the compensation mechanism for the households living here with approximately 2 coefficients. 5 times. This is a higher level of agreement than the regulatory framework and is supported by many households. In addition, commercial kiosks will be organized to trade with an area of ​​18-30 m2 on the first floor.

39 There is only one household that does not make a settlement and the level of compensation is too high in accordance with the existing regulations, but the owner has the flexibility, but it is difficult to meet these conditions with family compensation. This requirement is 3.0 (ie 1 m2 of the old apartment will compensate for the new apartment 3 m2. ) and the duration of the project amounted to 30 million VND per month. "- Mr. Mau said.

In the meeting, the Chairman of the Housing Department no. Tran Ngoc Luong said that many households were urgent because the project's progress did not meet the requirements. "New progress is not yet cleared in 2019 but at the end of 2018, more than 100 households have rented houses for temporary residences, waiting for the project to start. brought. Mr. Luong suggested the Dong Da County People's Committee, and the investor cleared the site soon, placing the project in the project for people to participate in the program.

On the progress of the project, Nguyen Hoang Giap, Vice President of the Dong Da District People's Committee, will extend the time for field cleaning to affect the interests of 117 households and harm the investor. The County People's Committee reported the TP. Accordingly, the city approved the policy of allowing non-compliant households. For this reason, the People's Committee of the region decided to arrange land clearance for the remaining area and is expected to be completed in November.

It is known that the old apartment renovation project was started as an investor by An Thinh Real Estate Corporation in 2008, but it has not been implemented since. floor.

Although Vinaconex Real Estate Corporation is the owner of the project for nearly 3 years, the project was stagnant and many people moved to their temporary home.

The investigation agency requested to provide the resume of Phan Thiet leaders related to 9 projects.