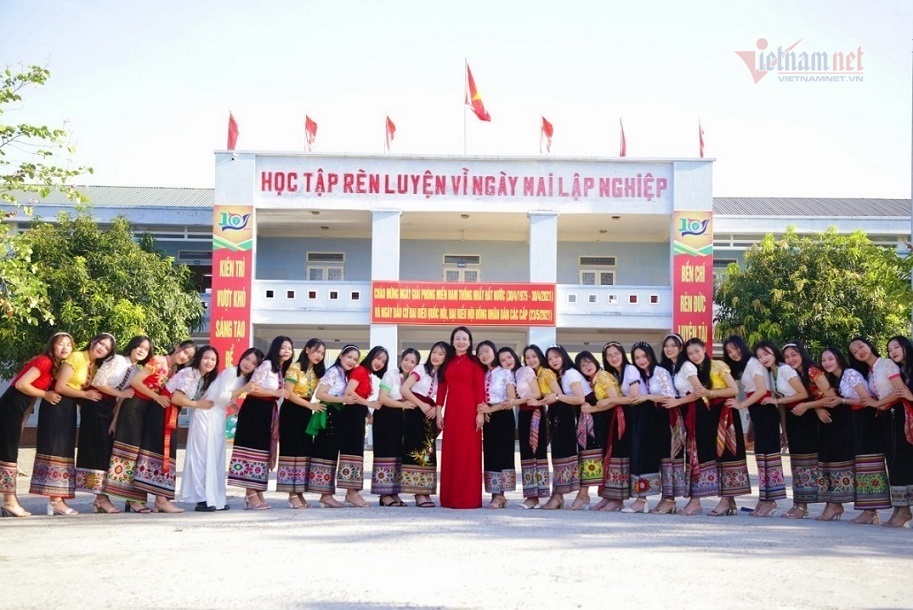 More than 95% of students, children of ethnic minorities have a difficult situation, but Nghe An Ethnic Minority Boarding High School No. 2 has 36 students who passed university with 30 points or more in the enrollment season in 2021. .

This year, Nghe An Ethnic Minority Boarding School No. 2 has 149 students (5 classes) who took the high school leaving exam and applied for university admission. According to the school’s statistics, the number of candidates entering the best universities in the country is very high.

School Union Secretary Teacher Mai Van Dat shared that this year has been an academic year in which school students achieved many high achievements and that after calculating the priority scores of 36 students, the university entrance exam scores were 30 and above.

According to Mr. Dat, more than 95% of the school’s students are ethnic minority children. Therefore, children received a priority score of 2.75 (including 1 priority for ethnic minorities and 1.75 priority points in extremely difficult areas). This is also one reason why many students score above 30 points.

However, according to Mr. Dat, the students’ ability to learn is also very good. If the priority score is not calculated, the school also has 40 students out of 27 points.

In particular, the average exam scores of the school students’ 3 subjects in Literature, History and Geography ranked first in the province, even surpassing Phan Boi Chau High School for the Gifted.

In the last three years, students’ high school graduation exam averages were in the 4th place in the province, while there were many students with a score above 27 when entering the university.

Mr. Nguyen Dau Truong, Principal of Nghe An Ethnic Minority Boarding High School No. 2, said that he was very pleased with the result that almost 100% of the students entered the university this year. Among 72 ethnic minority students who scored 27 and above in Nghe An province, there are 40 students in the school.

“Teachers like us, who have achieved such successful results with students, feel very happy and happy because all this hard work and effort has finally paid off. The school’s students are ethnic children, so they get priority marks for college entrance, but basically have excellent academic performance,” said Mr. Truong.

“This result also partially shows that ethnic minority students do not have to be poorly educated, but the fundamentally new method of education is important. This shows that the professional working and training methods of the school are properly implemented.”

Ministry of Education talks about increase in university standards

This year, the benchmark scores of many universities rose to record levels, making the candidates “cry”. Deputy Minister Hoang Minh Son said there are 3 main reasons for the increase in benchmark scores in some industry groups.

He missed exactly 1 point this year to get into one of Hanoi National University of Education’s two majors with the strongest increase in benchmark scores, but in the end, 40-year-old worker Nguyen Thi Thuy still fulfilled his dream of entering the university.