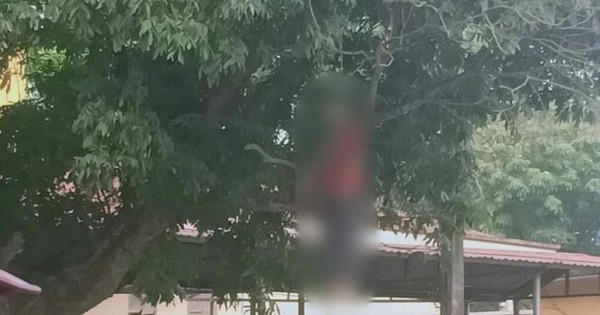 On the morning of April 23, Mr. Quach Ngoc Quang, Chairman of the People’s Committee of the Thanh Cao Commune, Luong Son District, Hoa Binh Province, confirmed that a man in the area died at the standstill. He was hanged. Currently the police force is entering to verify the reason.

Accordingly, around 5 a.m. on April 23, when many people passed through the gate area of ​​Cao Thang Primary and Secondary School (Thanh Cao commune), they opened fire after realizing that the man died in a hanging position at the school gate area.

The incident was later reported by the public to the local government. Officials of Hoa Binh state were immediately present at the scene to examine the scene, examine the body, and investigate the case.

Through initial verification, he is a self-employed person who is not a local (anonymous) resident in Chuong My district (Hanoi city).

The case is currently being coordinated by Luong Son district police to investigate and verify the cause.