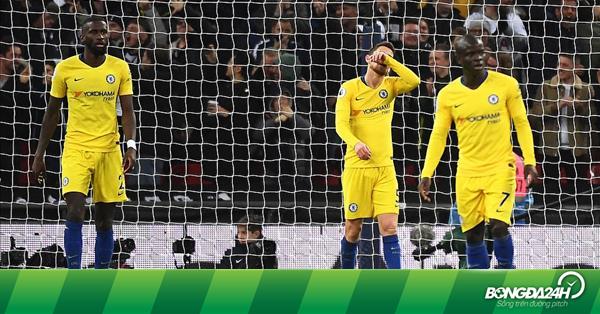 Maurizio Sarri told Kante that Chelsea never attacked Tottenham as much as he had recently lost.

Chelsea suffered their first defeat this season when they faced Tottenham last weekend. The Blues convincingly lost 3-1. Alli, Kane and Son Spurs' goal scorers. If strikes are sharper, Tottenham can score even more.

After the match, coach Sarri was much criticized for kicking the legendary Shearer Kante. But he was an Italian strategist who had denied his own disciple for neglecting his defense.

"I want to use a technical midfielder like Jorginho or Fabregas. I don't want to use Kante in this position.

Kante wanted to solve the game after the first 15 minutes. But he was wrong. He always loses his place. It's too much for the opposition field. And I think attacking isn't one of Kante's strengths. However, this was his reaction when the team is in trouble.

When Kante was asked to need more time to fully understand the position taken, Sarri answered the question: It's only a matter of time before you play well in this position.