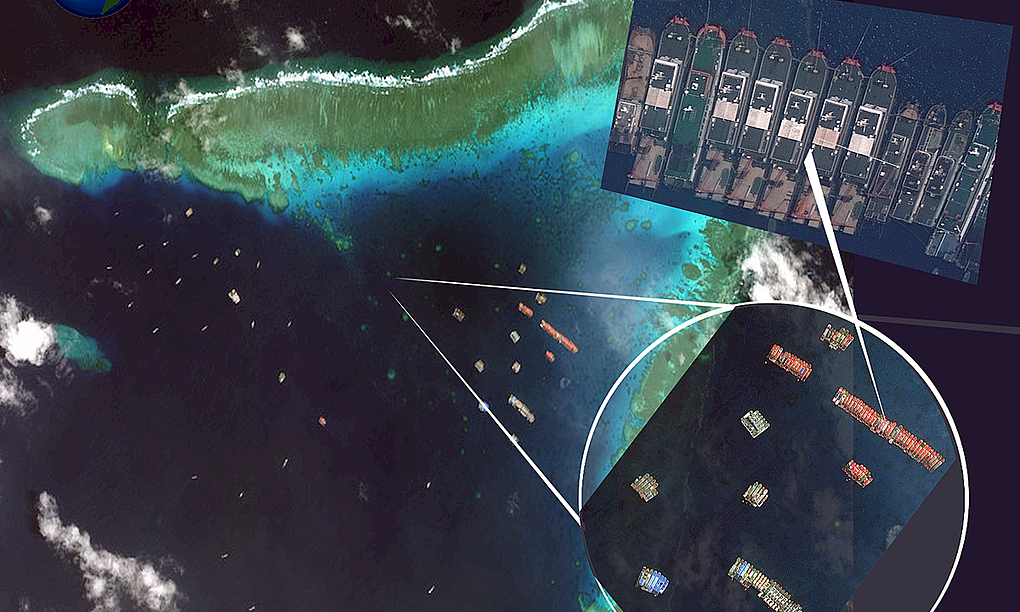 The Philippines said the Chinese fleet, anchored on the reef near Sinh Ton Dong Island, is now gathering in many parts of the Spratly archipelago under Vietnam’s rule.

Since March 7, more than 200 Chinese ships have docked near Sinh Ton Dong Island in Vietnam’s Spratly Islands and have turned on the lights during the night without fishing, despite favorable weather conditions. The Philippines deployed a light fighter, naval ship, and naval police in the area to monitor the situation. Manila insists these ships are controlled by the PLA.

According to the Philippines’ working group responsible for the South China Sea issue, the results of the Philippine air and sea patrol this week showed that 44 Chinese ships are still on the reef near Sinh Ton Dong Island. About 210 ships are currently sailing towards reefs and other islands in the region. The Philippines expressed deep concern over the presence of Chinese naval militia.

The Philippine army said it could not verify whether the 92 ships seen near Pearl Stone and 84 ships near Gaven Rock were in the original fleet.

The international community is concerned about what the Philippines has described as “threatening” by the Chinese fleet. Many countries, including the US and Australia, have expressed concern about new tensions in the region.

“Vietnam asked China to end its violations, to respect the sovereignty of Vietnam, in honor of implementing the United Nations Convention on the Law of the Sea, to strictly adhere to the DOC, in particular its obligation to restrict it so as not to complicate the situation. It contributes to the preservation of peace, security, stability and legal order at sea, “he said.

A spokesman for the Foreign Ministry said that Vietnam’s maritime law enforcement powers have fulfilled their obligations under Vietnam and international law.