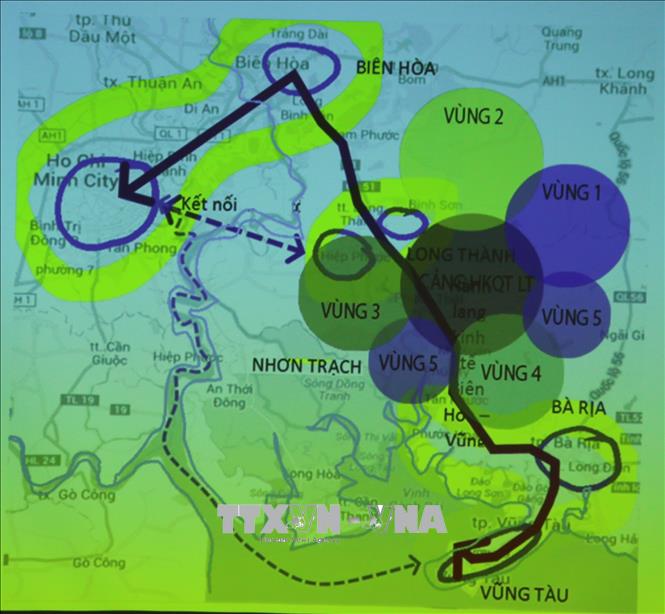 In recent years, when the construction project of Long Thanh International Airport was approved by the National Assembly, it was also the time when real estate companies and speculators accelerated the agricultural land for fertilizers. sold background too. At the same time, the price of agricultural land in many committees of Long Thanh and Nhon Trach regions was blown up dozens of times.

Representatives of the People's Committee of the Long Thanh District, such as the Alibaba Central Park II project in Phuoc Binh commune, were announced by the Alibaba Company on a 5.5-hectare website at http://diaocalibaba.vn. In parcel of land 344 parcels 222, 223 maps 73.

However, according to the representative of the Long Thanh District People's Committee, land use planning up to 2020 and land use plan of the district in 2018, a land area of ​​223 m2 was planned. yearly; With a land area of ​​over 52,000 m2, 222 land is part of rural land planning, combined with land traffic, perennial trees planting and perennial land.

Although the land has not been approved by the authorities of the Long Thanh district and has not been licensed to install settlements, it is promoting Alibaba Company and is introducing land acquisition through the map. The sub-terrain and the self-propelled road link are not real terrain. In addition, the Alibaba area is also illegally constructed, protecting the surrounding walls.

In addition, in Phuoc Binh Commune, Alibaba, another project of 20 hectares, supports Alibaba Central Park and plans to allocate an area of ​​1,259 hectares, and is preparing to implement the first phase of 5.4 hectares. Although the project has not yet been approved by the authorities, Alibaba has collaborated with Tia Chia Real Estate JSC to promote and sell land. Land sale is carried out on the self-drawn map, village path 4, design routes along the terrain to connect with Phuoc Binh.

As confirmed by the People's Committee of Phuoc Binh Commune, the land that a person calls land title is not authorized to establish residential areas by authorities.

Along with similar forms, Alibaba Long Phuoc 1, 6, 7, 8, 9, 10, 12, 15, Alibaba Long Thanh Capital, a number of other ghost projects such as international housing project Lilama, Alibaba Phuoc Thai Capital Project and many other positions to divide, divide and advertise on the route by Alibaba Company and to trade land without approving the policy of investing in the project. Licensed to install residential areas.

Put your hands on you

Before a series of ghost projects with an area of ​​tens of hectares, the Alibaba Company, which had been sold in contradiction with the contrary regulations, threatened to disrupt the land use plan of Long Thanh District Nguyen Tuan Hung. The Deputy Chairman of the Long Thanh District People's Committee said the results of the audit show that there are no residential areas in the Alibaba and Tia Chuong Real Estate Corporation. Authorized authorities invest in private investment approved by the housing project.

All projects are named by Alibaba Company, cartography, advertising and sales. These projects belong to individuals with a certificate of land-use rights not authorized by the authorities. In addition, in many places, the Alibaba Company also overlaps the plots of households adjacent to the large area for sale, contrary to the regulations.

According to Mr. Nguyen Tuan Hung, the self-drawing project and the lower part of the background is made in the form of contract micro and capital contribution agreement, the violation of the micro-governmental agencies. On the other hand, the deposit, capital contribution, purchase and sale of the contracts which are predominantly out of the region should cause difficulties in the process of investigation, prevention and handling.

Prior to that, the Long Thanh County People's Committee recommended that the Dong Nai People's Committee, the Alibaba Company and Tia Chay Real Estate Corporation direct the state police to investigate the land acquisition and sales operations in order to take measures in accordance with the regulations. regulations. On the other hand, coordination with relevant units from neighboring provinces and districts to take measures to prevent and manage the sale and sale of land plots for land areas in Dong Nai Province.