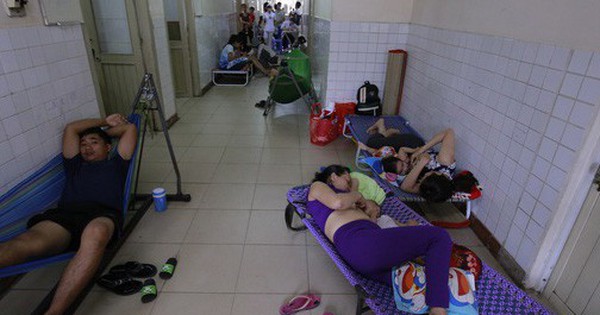 Vietnam State Auditor (State Inspection Office) Pham Thanh Son has requested the examination of the signs of legal violation in the Binh Duong State Department of Health after Ho Duc Phuc, the Director of State Control, signed an official document from the CSDT Public Security Ministry. .

According to the website of the Vietnam State Inspectorate, under the supervision of the Health Insurance Fund in the Binh Duong social insurance, State Control has found that Binh Duong Health Department's (investor) infringement of the drug proposal is a breach of the law. and medical supplies in 2017.

In particular, the Ministry of Health of Binh Duong chose direct purchases, wrong arrangements by bidding for the auction of 2 packages of drugs with a total value of about 680 billion. In particular, package 1 is the purchase of medicines for public health facilities in Binh Duong and non-public health facilities; Procurement package 2, materia medica, oriental medicine and the purchase of medicines of traditional medicine.

The general hospital in Binh Duong province is often overloaded, while the demand for medicines in this province is enormous.

In addition, the Binh Duong Health Department advised the provincial People's Committee to approve the selection of contractors to supply medical supplies in contradiction to the values ​​of 2 billion VND2,2 billion worth of Bin People's General Hospital.

According to State Supervision, the Binh Duong Ministry of Health organized the proposal and selection of contractors to supply 224 kinds of medicines, which were higher than regulated drug prices and in contravention of the Health Insurance Fund, which stipulates over 4.8 billion VND. ; He proposed to the provincial People's Committee to approve the selection of several drugs with content, formulation and combination, in accordance with the regulation, which was higher than the regulated price of 9.3 billion dong.

In addition, the Binh Duong Health Ministry chose the tender, approving the election results of a number of drug dealers that violated the warning of the Ministry of Health of more than 2.6 billion.