At the end of 2018, interest rate balance and exchange rate changed Bank 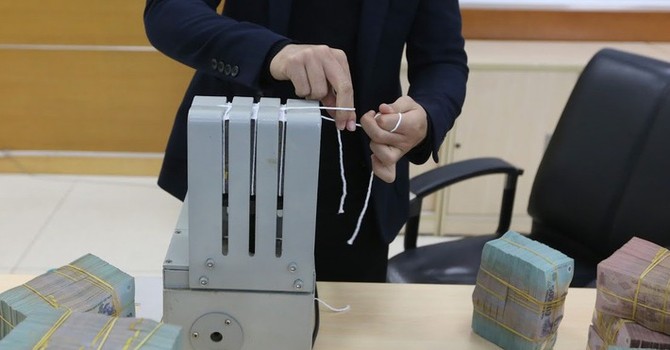 Every year there are times when you ask a familiar question in the dong interest rates and the USD / VND exchange rate chain: ve Where did the big money go in VND? D.

This time the question is based on the following question: credit growth is the lowest in the last four years, as the tightening trend will continue, why is the surplus of the pending dong in the first half of this year so weak, Interbank interest rates have risen, and SBV has recently been pumped net?

When we look at the beginning of the year, the VND interest rate in the interbank market has nothing to panic. Because, more than two months ago, at the end of August 1818, the interbank overnight interest rate was around 4.7% per year; At the rear, the middle of February 2/1818 is above 4% per year …

In recent months, foreign currency loan growth slowed. Although there is no less demand for loans, businesses tend to move to VND instead of foreign currency in order to avoid exchange rate risks. The demand for VND loans increased in addition to the ratio of the credit structure that shaped the response to the large money source in the VND, which partially explained the VND interest rate. up.

Another component of the response is the amount of VND collected by the State Bank through the sale of foreign exchange to ensure the stability of the exchange rate in the recent period.

In addition, the existing capital of the VND in the banking system has been associated with the level of budget deposits, the rate of investment at the end of the year, and the level and rate of issuance of the principal bond. The amount of capital planned …

The amendment increased significantly in the same period of 2017 and 2016. In particular, significant impacts are in the environment and outside.

In 2018, the Federal Reserve increased interest rates threefold. Interbank interest rates in Vietnam remained unchanged at around 1% in the same period of 2017 and 2016, compared to 2.3% in the short term.

While maintaining high US dollar interest rates in the interbank market, it pushed the market to indirectly push VND interest rates to create a swing point to balance the exchange rate of the SBV. price USD / VND.

And the difference is huge, yuan this year has become very powerful devalued, the USD / VND has made a great pressure on the ratio, recently in terms of market sentiment over the last decade against the dollar.

The problem is that the Fed is increasing interest rates or taking the yuan (along with the China-US trade war) to the long-term, not the short-term, and especially the short-term story. China suing to set up an illegal drilling platform in Vietnam's waters, Brexit, or the US presidential election …

The long-term contributor to the balance of money market in Vietnam. So far, the interest rates and exchange rates of SBV have been stabilizing steadily, but not only in the last months of 2018, but also in 2019, the vision and activity demand more.

The State Bank has slowed down loan growth by the middle of the year and has repeatedly called for the renewal of resources, to accelerate the handling of bad debts to closely monitor and balance legal channels. or to limit the negative impact on the exchange rate will be foreign currency credit congestion …

At a higher level, the prime minister asked the Vietnam State Bank (SBV) to make a plan to ensure that it has not raised its deposit rates and interest rates by the end of the year. interbank rates.

Viet Huong is upset because he was ‘spoken’ about giving a car to Mr. Doan Ngoc Hai | entertain