A passenger refusing entry must stay at Tan Son Nhat airport for more than a month. 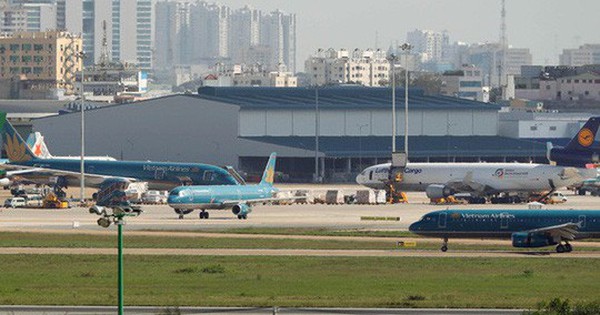 Since September 27, 2018, Tan Son Nhat International Airport has been directing and supervising a passenger named Masena Bokang Jon, who was born in Zimbabwean in 1986.

South Airport Authority, Tan Son Nhat Airport Border Guards and other airlines and passengers, Masena Bokang Jon, flight from Indonesia to TP on 18-8-2018 according to information on visa entry in Vietnam. HCM.

On September 2, 2018, passengers departed from Vietnam and left for Japan to fly, but were returned to Japan as a fake passport by Japanese authorities.

There is no plan to get foreign passengers on departure. Graphic illustration: Worker

However, until now, there is no plan to remove passengers from Vietnam.

Remarkably, the passenger, Masena Bokang Jon, stayed in the room, refusing to take a bath for 1 March-3 days, causing unpleasant odors and unhealthy discomfort. The airport health department helped the passengers to suffer from poor health, unbalanced mobility, a history of cancer, and often hunger. Airlines offer only bread, passengers refuse to eat and they express their negative thoughts to buy other food …

According to Tan Son Nhat International Airport, passengers are in danger of being very badly transformed, while Tan Son Nhat International Airport has proposed a coordinated solution. Convenient transportation to appropriate medical facilities for on-time care. Avoiding the worst possible incident could endanger the reputation of port authorities.

AirAsia Airlines is known to carry the passengers to Vietnam, which is known to have passed, as well as the confiscation of the passports of the Japanese authorities of the Tan Son Nhat gate police officer gave the letter. The company is also actively communicating with related countries such as Zimbabwe to solve the case. According to the international practice, these airlines carry passengers according to international regulations and practices.

The Vietnam Aviation Authority has sent a written request to the Entry and Exit Management Department to guide Tan and Nhat Border Gate Police to prepare a plan for the settlement of the case in accordance with international law and responsibility. Responsibility of stakeholders.

According to Nguoi Lao Dong's report, the biggest obstacle is that the present foreign guests now have their own papers, so the difficulties are solved, the functional institutions are coordinated to verify the identity of the work. guests. Due to the poor health of the passengers, relevant institutions are actively coordinated to find solutions.

Bui Tien Dung came to give flowers to his girlfriend the day Dianka came out of isolation.

Offer to terminate a BOT project in HCMC

Suddenly, Pogba and MU negotiated to sign the machine; Revealing Messi to PSG