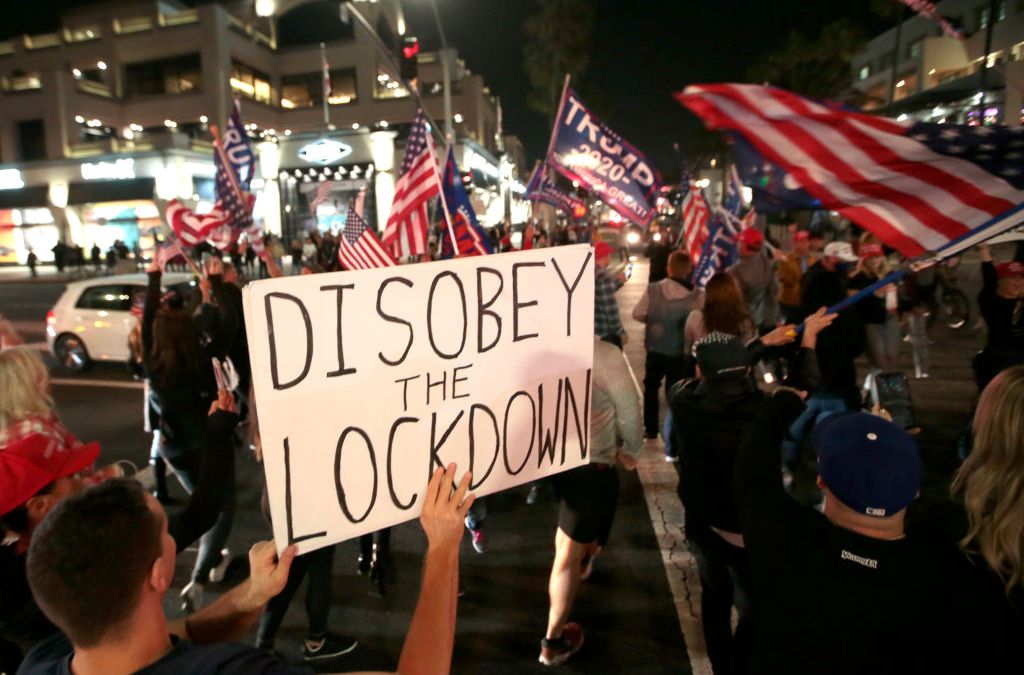 Orange County reported 1,666 new COVID-19 cases on Saturday, but there were no additional deaths, bringing the county to 76,761 cases and 1,577 deaths.

Numerous new cases came after the county reported 1,943 new cases and 18 additional deaths on Friday, but these figures cover two days as there were no updates on Thursday due to Thanksgiving.

According to the Orange County Health Services Agency, the number of district residents hospitalized with the virus rose from 506 to 534 on Friday, while the number of patients in intensive care fell from 139 to 138.

The change in the mean of hospitalized patients for three days increased from 16.8% to 12.3%. The district has 24.8% of intensive care beds and 63.4% of ventilators.

Figures coming over the weekend seem to confirm officials’ fears of a Thanksgiving-induced increase. Orange County CEO Frank Kim said earlier this week he was “very worried” about the increase in cases and hospitalizations.

“And although the various hospitals (managers) I spoke with seem more confident today about how to treat the disease at an early age, I don’t take any of it lightly,” Kim said. “Any increase in hospitalization and ICU rates is a major concern for our society.”

Authorities recommend that you wait at least two days for testing after an event or meeting because the infection may not be detected immediately.

“But this will only be like a July and not disappear,” Noymer said. Said. “I think it will get worse.”

“We will return to July levels at the end of next week,” Noymer said. “And will it peak or get worse as in July. There are reasons to believe we can get worse.”

Noymer said this was mainly due to the cold weather pushing people into more domestic activities and some students still attending classes in classrooms.

The worst day for admissions to the COVID-19 hospital in Orange County was July 14, with 722 patients.

You may be wondering why toilet paper, including Charmin, is starting to become scarce again. Stores are limiting shopping, shelves are empty like in the spring. Gordon Tokumatsu reports for NBC4 News at 17:00 on November 27, 2020.

In the state’s progressive monitoring system, updated on Tuesdays, the county’s adjusted daily case rate per 100,000 residents jumped from 10.8 to 17.2 and the positivity rate increased from 4.6% to 6.8%.

The positivity rate fits with the red tier of the state’s four-phase re-opening roadmap, but the daily case rate per 100,000 inhabitants far exceeds the 8% threshold for the most restrictive purple phase.

Kim said she is optimistic and vaccines are on the way and are scheduled to arrive by the end of the year. Kim said hospital systems will receive vaccines directly, and hospitals will receive doses from the county.

Frontline healthcare workers will be among those who get vaccinated with people with underlying health conditions that make them particularly vulnerable to disease.

Kim said that testing and increasing awareness of infections would encourage more quarantine and isolation and other social distancing practices that help prevent the spread of the virus.

Kim said the county’s tests per 100,000 inhabitants were 354.1, and the country outperformed its testing goals at this point.