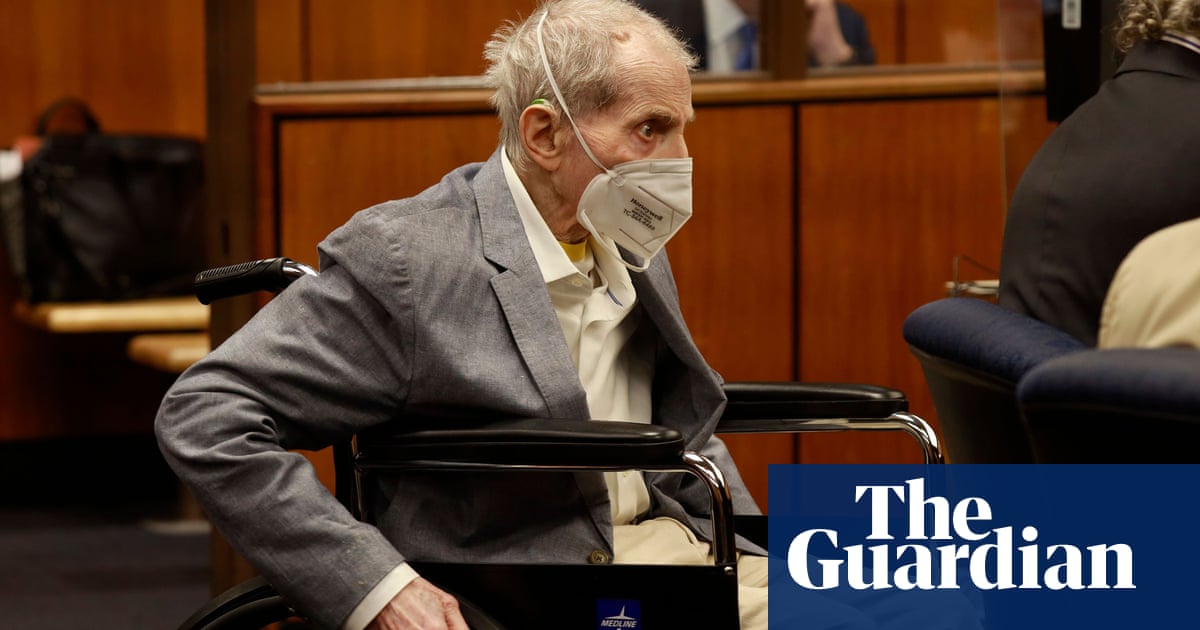 Multimillionaire New York real estate heir Robert Durst was convicted of murdering his best friend Susan Berman more than 20 years ago in a case that took on new life after the documentary The Jinx.

Durst was found guilty of first-degree murder on Friday after a Los Angeles jury debated it for nearly seven hours over three days. In December 2000, while preparing to tell police how Durst helped cover up the murder of his wife, Berman was shot at close range at his home in Beverly Hills.

Berman, the daughter of a Las Vegas mobster, was Durst’s longtime confidant and told friends that he provided a false alibi for his wife after she disappeared.

Durst’s bizarre story draws viewers of The Jinx: The Life and Deaths of Robert Durst, the hit television documentary series about the 1982 disappearance of his wife, Kathie, the murder and violence of Berman in Los Angeles 18 years later. Impressed. The death of a roommate in 2001 in Galveston, Texas, where Durst lived as a deaf-mute woman.

Throughout the trial, prosecutors portrayed a wealthy narcissist who felt the law didn’t apply to him and ruthlessly disposed of people who got in his way. They combined the evidence of Berman’s murder with the suspicious death of Kathie Durst and the 2001 murder in Texas.

The trial had been going on for five years since Durst was arrested on the eve of the final episode of The Jinx. The HBO documentary featured interviews with Durst that led to the charges against him.

The conviction marks a victory for officials in three states trying to put Durst behind bars for murder. Durst was never charged in the disappearance of his wife, who was never found, and was acquitted of murder in Galveston, Texas, and confessed to dismembering the victim’s body and throwing it into the sea.

Durst’s escape from justice has seen remarkable twists and turns. Durst repeatedly evaded the law, disguised as a mute woman in Texas, and wearing a shoulder-to-head latex mask for a presumed escape, staying under a pseudonym at a New Orleans hotel. He was released on bail in Texas and was arrested after stealing a chicken sandwich in Pennsylvania, despite having $37,000 in cash in his rental car, along with two pistols.

He later said he was “the worst fugitive the world has ever seen.”

Durst later deeply regretted his decision to join The Jinx after it aired on HBO in 2015, calling it a “very, very, very big mistake”.

In the documentary, Durst made several damaging new statements for the camera, particularly regarding the Berman case. One of the most incriminating evidence concerned the “cadaver” note, an anonymous note sent to the police that directed them to Berman’s lifeless body.

Too confident to attach the note, Durst told the producers that “only the killer could write” the note, which contained the address of Berman’s home in Beverly Hills and the word “cadaver.”

The filmmakers confronted him with a letter he sent to Berman a year ago. The handwriting was the same, and Beverly Hills was misspelled as “Beverley” in both. He could not distinguish the two.

The moment of capture provided the climax of the movie as Durst stepped off the camera and muttered to himself on the live microphone in the bathroom: “Of course I killed them all.”

During the 14-day testimony that was too punishing for Judge Mark Windham, Durst, describing it as “devastating”, denied killing his wife and Berman, but said he would lie if he did. He tried to explain the note and said that it was an unprotected moment of confession from prosecutors.

On the witness stand, Durst admitted that he had sent the note and that he was in Los Angeles at the time of Berman’s death. He said he sent the note because he wanted Berman found, but because it would look suspicious, he didn’t want anyone to know he was there.

He admitted he had trouble imagining being able to write the note without killing Berman.

“It’s hard to believe and accept that I wrote the letter and didn’t kill Susan Berman,” Durst said.

A prosecutor said this was one of the truest things Durst has ever said, among a ton of lies.

Jurors began hearing evidence in March 2020, before taking a 14-month hiatus during the pandemic. The trial resumed in May.