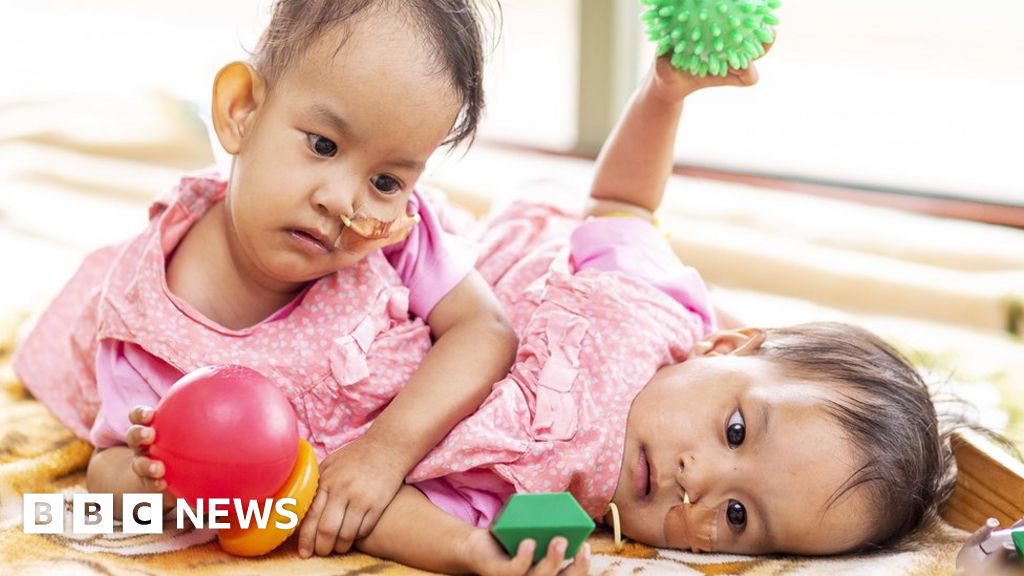 Surgeons in Australia separated adherent twins from Bhutan in a life-changing operation.

15-month-old girls Nima and Dawa Pelden joined the trunk and shared a liver.

Last month they were brought to Melbourne with their mother, but doctors postponed the surgery until Friday to improve the nutritional needs of girls.

Leading surgeon Dr Joe Crameri said the six-hour surgery was successful and that the twins were "very good".

Dr Crameri said it was u joy ”to inform his mother that he was ley very grateful” to esi Bhumchu Zangmo Dr.

In the procedure at the Royal Children's Hospital in Melbourne, about 18 experts worked in two teams, one for each team.

Conjoined twins are very rare – one can be considered at every 200,000 births – and about 40-60% of these births are still delivered from birth.

Every year there are only a few separate sections in the world.

Nima and Dawa grew to face each other and could not sit together. They could just stand at the same time.

The doctors successfully separated the twins' liver. It was determined that the girls did not share the intestines – the surgeons said before the surgery that they were something "unknown".

Dr. Crameri, "We always trust that we can achieve this." Said. "But we didn't know what to find."

The family was brought to Australia from Bhutan by the Children First Foundation, an Australian-based charity.

The benevolence, Elizabeth Lodge, said she felt "a little bit scared" by Ms. Zangmo, but had shown "remarkable calm" before the procedure.

After the twins are healed, the family is expected to return to the Himalayan kingdom, one of the poorest nations.

In 2009, the same hospital carried out a successful operation to separate the Bangladeshi conjoined twins.

The girls Trishna and Krishna, who joined the head, had a life-saving 32-hour operation.