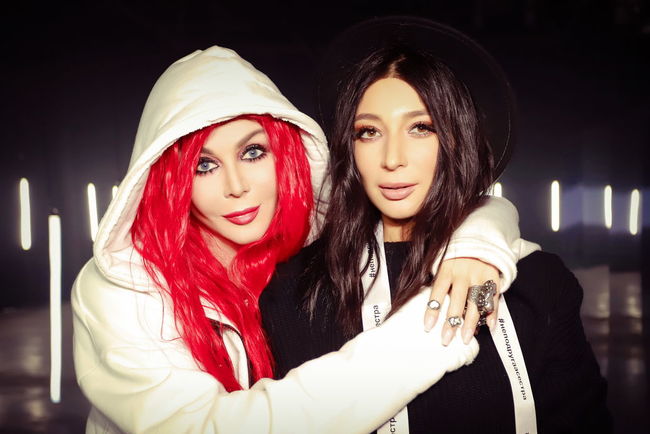 Singer Irina Bilyk followed her provocative video for the song "Leon, Leonid" and pleased her fans with another innovation. Artist, Olga Rakitskaya with a video on the part "Girlfriend" presented a video for the track.

According to Irina, this song is about a strong friendship, not only fun and laughing, but also support in hard times. Here's the motto of the song

Video shooting took place in Kiev. The director was Lena Vinyarskaya, who brought interesting and unexpected images to the artists. Both singers will appear in the street-style clip and surprise their fans.

The scene was created specifically for shooting, Irina Bilyk had to climb a specially built ladder, although the singer was afraid of heights. In addition, 50 large mirror cloths were used to create the illusion that divides the space.

Earlier, Irina Bilyk admitted twice that she saw a UFO. The player told the paranormal events in his life.

MARUV: “I showed the worn panties to Urgant. It’s sad to write, it broke my heart “

Prediction, announcement and betting for the 30.11.2020 match ᐉ FootBoom

Crash in December and New Year