A. Zverev: The final semi-finals are good but the tournament is not finished yet 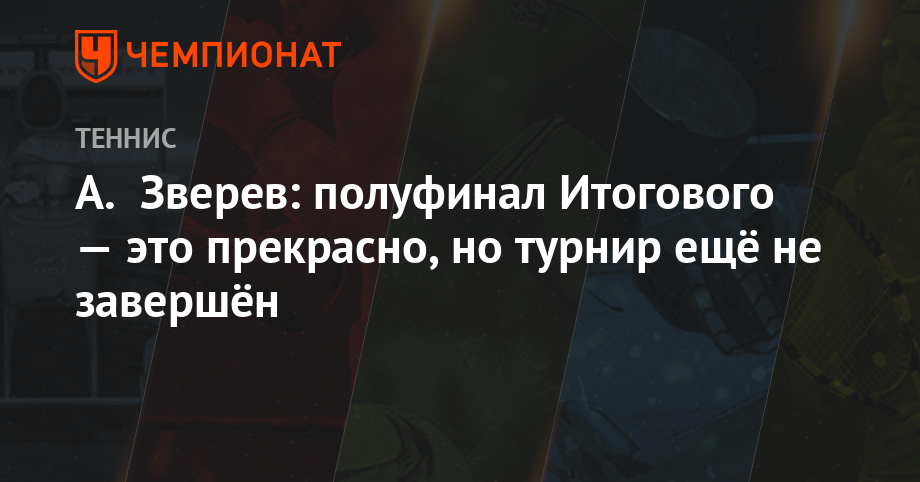 A. Zverev: The final semi-finals are good but the tournament is not finished yet

The world's fifth racket from Germany Alexander Zverev He commented that he reached the semi-finals of the ATP Final Championship in London. His opponent will be Swiss by the age of 37. Roger Federer. Previously, tennis players met five times and Federer won three times.

Harika Clearly, it's great to reach the semifinals. However, the tournament is not over yet. Only the most powerful players in the world are in the network. I'm gonna have a meeting with Federer tomorrow, and it's gonna be hard, but I hope it's a good match. Let's see how far I can go.

Djokovic, Federer and retirement. What you need to know about ATP Final Eight in London

Khachanov sits on a bench in London, and Federer is preparing to win the 100th title in his career, but Djokovic has his own plans for it.