The most important warning to the internet users from Turhan: Don't charge 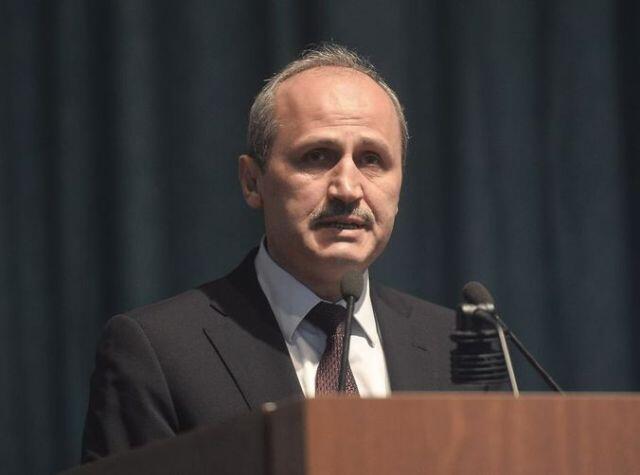 Transport and Infrastructure Minister Cahit Turhan, the data download speed and speed of access to ensure transparency in the consumer at the speed of 1 January 2019 as the Right Use Point (AKN) will be completely removed by specifying, "the removal of the AKN, so the subscribers will not give any petition. There will be no additional charge. " said.

Turhan, AA correspondent, the information and communication technologies in parallel with the developments in the Internet access speed and data amount has become important indicators for users, improving the download speed of data with the AKN application gained importance, he said.

In this context, in order to ensure transparency of the consumer in the packages without limitation, the amount of AKN data and the speed of access to the consumer after the AKN has been changed gradually.

Turhan pointed out that after the removal of the AKN, a fee other than the internet package would not be received, the package fees were determined according to the competition between the companies and the competition was audited by the Information and Communication Technologies Authority (ICTA).

"WE DO NOT WANT TO FEEL OUR CITIZENS"

Citizen unfairly to pay a service to avoid facing every kind of work that they do Turhan, "We, our citizens do not want to feed on this issue." he said.

Stating that companies are a bit reluctant about removing the application, Turhan said the AKN would be removed.
Turhan, increasing the flow of data every day since January 1, 2019, everyone can use as much as he wanted to emphasize, he said:

"We expect that the AKN will be subject to intensification in a few weeks after the removal of the Internet, because the demand for internet use may increase during the new year. to provide more economic and quality service to our citizens. "

Turhan said that the internet could be harmful when used outside of its purpose, and this could lead to a troubled generation. Abil There are people who use this kind of services for material interests and for bad purposes. used.

The AKN application is used to enable the network resources to provide the same quality of service to all users and to balance the density of the network if all subscribers enter the internet.