Home / turkey / Fearful moments! He locked his brother in the house and set him on fire.

Fearful moments! He locked his brother in the house and set him on fire. 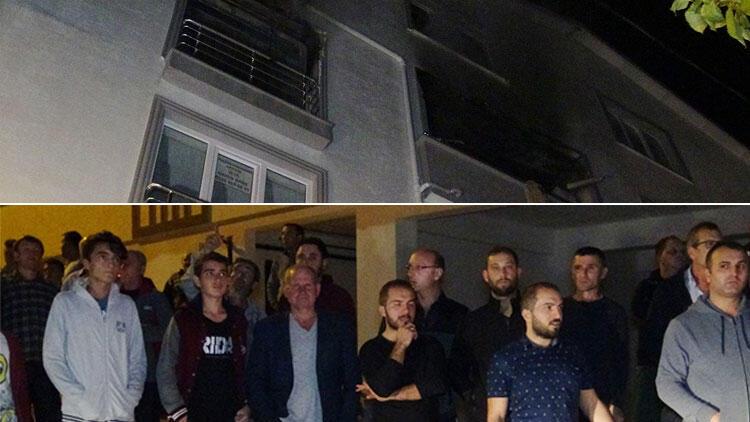 The incident occurred in the central Osmangazi district of Bursa Ovaakça neighborhood. Allegedly, Hüseyin A. and Suat A. 2 brothers named a common house with the money he collected. Hüseyin A. gave the house to the contractor and said they would buy a new house, his brother Suat A. opposed this situation. Hüseyin A. two brothers disagreed, angry at his brother before throwing the household goods in the house before throwing the house and then locked the house in the room set fire to the brother. As the result of his jacket igniting while the suspect was lighting fire, he took off his clothes in front of the house and fled the scene. Citizens who saw the flames, firefighters, police and health teams gave notice. Notice on the scene from the fire brigade Suat A.'ya remaining stranded in a short time after saving extinguished.

Hussein A. 's throwing things on the street with fearful eyes pouring into the neighborhood incident, police teams threw the goods from the balcony to lock the house of his brother and began to work to capture the suspect who gave the house fire.

LIVES IN THE LAST 24 HOURS