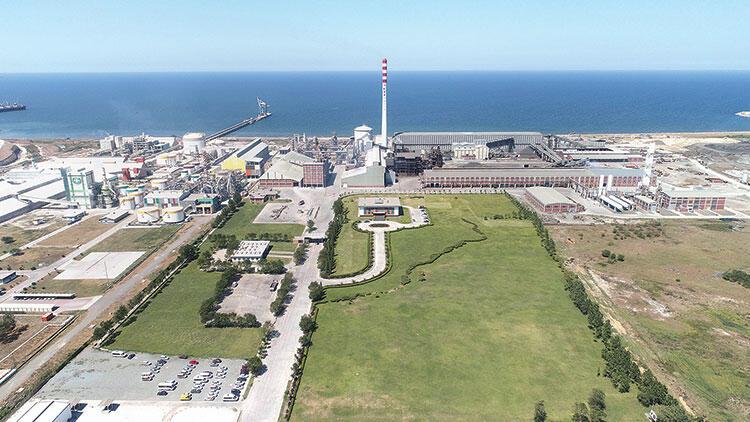 Cengiz Holding is one of the prominent companies of recent years. It is possible to see its name in many public tenders, especially Istanbul's new airport. Cengiz Holding's investments are not limited to public tenders. According to the information provided by Cengiz Holding Deputy General Manager Murat Ergönül, the company is moving towards becoming a giant player in mining. Eti Copper and Eti Aluminum invested 1 billion 175 million dollars and the company plans to invest $ 1 billion more by 2023.

IMPORTANT FOR THE DEFENSE INDUSTRY

Murat Ergönül, who has made statements in Northern Cyprus at the invitation of Cengiz Holding, said, olarak All of our investments are strategic. Eti Copper, Eti Aluminum, which nobody is willing to take, we have taken firms that are about to close like Eti Aluminum. We provided employment to 5 thousand people. Then we invested 1.2 billion dollars to build Metal Recycling and Integrated Fertilizer Facilities in Mardin. At the end of this year, we will complete the commissioning of this investment and bring it to our country. Thus, the total employment in our industrial companies will exceed 6 thousand people with 1500 people to be taken to Mardin at the end of this year. With a new investment of $ 1 billion to be made to Eti Bakır and Eti Aluminum, our total employment in our industrial facilities up to 2023 will reach 10 thousand people. Et When the approximately $ 2 billion annually in 2023, stating that they would substitute the foreign trade deficit Ergönül of Turkey's current account deficit would be around 50-60 billion dollars of thought indicated about 4 percent will be met by Cengiz Holding.

Seydisehir Eti Aluminum produces aluminum from ore on board, indicating that Turkey is the only facility Murat Ergönül, he said: "When we receive the Eti Aluminum was about to shut down the factory. We invested 540 million dollars in Seydisehir. Developed by Turkish engineers and planned to invest $ 560 million more with two new strategic products. One of these two products, Çin Special Alumina ABD is currently only the US, Germany, China and Hungary can produce. No one shares technology in strategic products. Therefore each country has to improve itself. The special alumina, which is the raw material of ıy transparent armor par is very valuable and difficult to supply, but you cannot get as much as you want. With the development of this product, we have overcome the problem in a material which is necessary for the construction of very important defense industry vehicles such as domestic tanks, domestic aircraft, domestic cars, warships, missiles. Developed by Eti Aluminum R & D engineers and called ATH, the fire-retardant product will be used in the automotive, aircraft and train industry as well as in the manufacture of fireproof carpets as well as interior floors under the brand name EtiFine. Two strategic products, from Turkey's need to produce twice as much. The rest will be exported. Geri

Million dollar investment made by the end of this year and will be taken into operation Mazıdağı Metal Recycling and Integrated Fertilizer Facilities, indicating that the construction phase of 5 thousand people taking part in the Ergönül, ye Eti Copper Küre facilities with copper in the pyrite is also removed. Due to its rich sulfur content, it is used in the production of sulfuric acid for fertilizer production. The phosphate mine for fertilizer production is also obtained from Mazıdağı. We carried out the project that will carry the production of pyrite ore from Samsun to Mazıdağı. We hope that it will bring a significant solution to the unemployment problem in Mardin M. In The tonnage of cobalt production, which is around 75 thousand dollars, decreased by 1 percent last year to 110 thousand tons, ana said Ergönül. When our facilities start production, we will be among the few cobalt producers in the world. Turkey is prepared to do the domestic automakers will have no trouble relating to cobalt "he said.

After investing in ETİ Bakır, Murat Ergönül stated that they increased the purity rate in copper from 99.60 percent to 99.99 percent and they started to produce pure copper. The first step of removing the factory, which burned the tobacco of the peasants and was privatized for 100 million pounds a year, was to get rid of sulfuric acid. Therefore, the treatment plant was revised and the gas was prevented from being released from the factory chimney. Sulfuric acid is used in fertilizer production and 40 million dollars production facility was established. A fertilizer factory was established for the evaluation of the sulfuric acid produced here. Burada