The residents of Jelendol flew to the valley yesterday, but it could take two more years to work on the road. 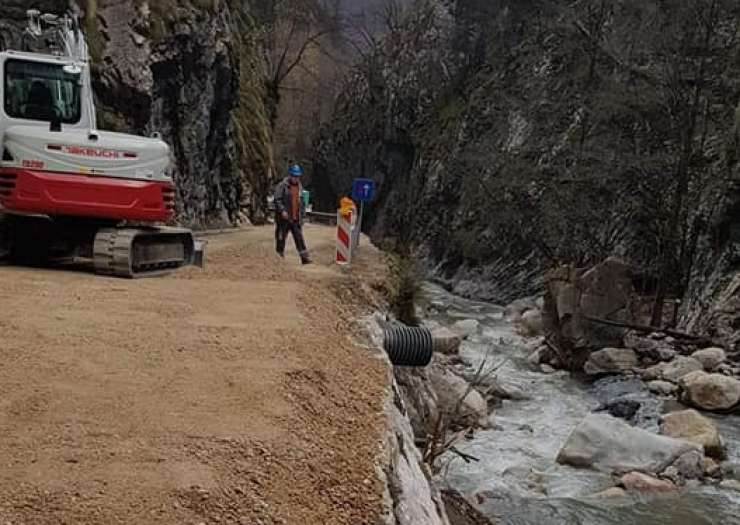 The road from the village of Jelendol to the town of Dovzan, which recently went to the city, opened at least for local traffic. Borz Sajovic, the President of Tržič Municipality, told the STA that work on the road would be seriously harmed and Jelendol residents would have to drive in the morning and evening.

Yesterday, the head of the Civil Defense Protection Agency, Drago Zadnikar, announced that local traffic and certain restrictions would be lifted in the evening on Monday. According to the STA, the road is still not safe enough. After the Mayor Sajovic's Crisis Staff was resolved by the Crisis Personnel, they decided to hurry, taking into account the demands of the residents of Jelendol.

Sajic told the STA that as mayor he was responsible for this decision, because the residents of Jelendol 187 want a normal life and at least occasional access to the valley in the south.

According to additional reports from the municipality, the builders of the Kranj Water Management Company rebuilt two of the largest tunnels for the tunnel and created interventional southern access to the town of Jelendol on the reel.

"187 According to the wishes of the citizens of Jelendol and Dolina, and the results of the meeting, which we adopted on Wednesday with the townspeople, today's desires and the great need have been fulfilled. Fast and good work, "said the words of Mayor Sajovic.

At the same time, road users warned that they should be careful as they move towards the intervention path. "Intrusive access means that the public can go to work and school." The situation on the road damaged by the storm from the past storms is not enough to allow for a normal speed, or for tourist visits and driving. "

Mayor Sajovic stressed that studies will continue on the road on Monday, so traffic will only last several hours in the morning and evening, with certain restrictions. It is also estimated that the rehabilitation work will last at least one year or two years in the seven to eight kilometers long neighborhood of Dovzan.

A storm covering part of Slovenia on October 30 caused a lot of damage in Gorenjska. In the municipality of Tržič, among other things, the water has brought along a road link to Jelendol. Since then, the civil protection staff has provided food for people and they had to cross the hut for the first time in the middle of the week and thus began working in the valley.