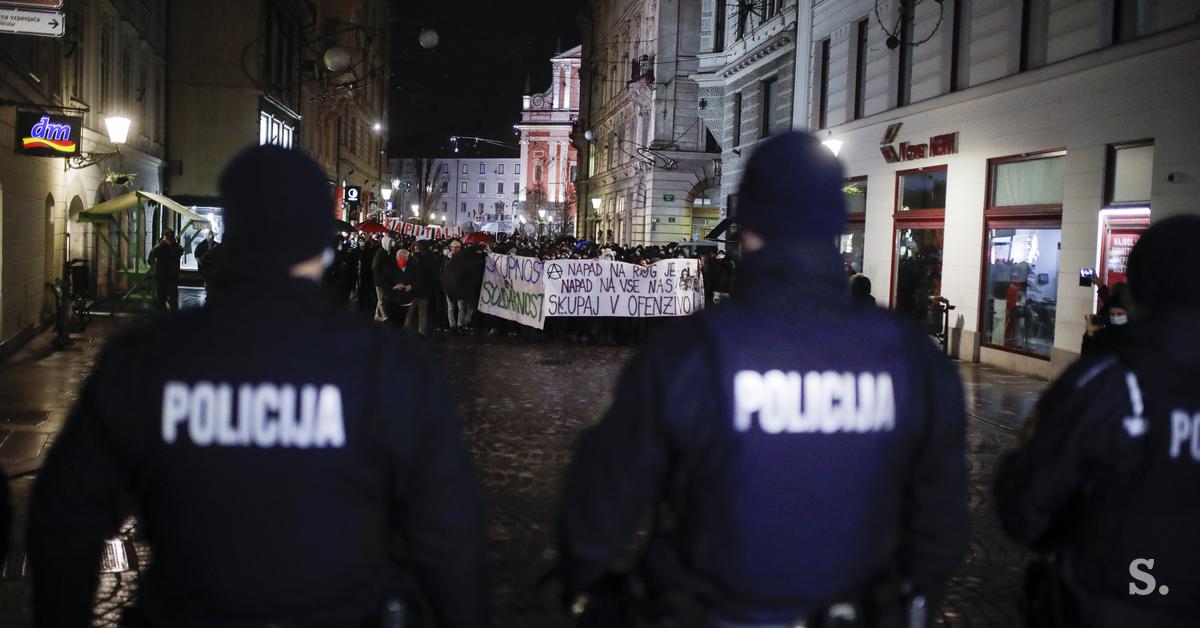 Opponents of the demolition of the old Rog factory and the eviction of users from the building expressed their anger at a protest today. They gathered at Prešeren Square at 18:00, then went to the town hall and to Roga. With shouts and inscriptions, they announced that they were against the dictatorship of the capital and that Roga was not placed behind a construction pit. Police also used tear gas for security purposes.

This week, the City of Ljubljana (MOL) took over the site of the former Rog factory. Demolition work began on Tuesday and the area where they were planning to build Rog Center was evacuated with the help of security guards and police. By some estimates several hundred people attended the protest. With the posters, they announced that the capital and the City of Ljubljana should “pull their fingers” from the autonomous areas and understand the “attack on Rog” as an attack on them.

Makarovič will reinstate the title of honorary citizen. Jankovic blames the protesters for the violence.

They opposed the social cleanliness of the city and shouted at the authorities that the streets belonged to the people and they were angry. While the protest was titled Let’s Protect Rog Factory, one of the protesters admitted to the STA that Rog was missing, so they will try to find new locations. Even moving to Metelkova, she still sees no solution. According to him, the municipality proposed that some of the funds it planned to invest in the construction of the new center should be allocated to people, especially in the current crisis.


“If we had already lost this space, let’s at least spread the news about how important these areas are. People who have a lot of time and use drugs are not a black hole they go to because it’s far from the truth. I want people to at least understand how important self-growing areas are. . Because you can create in them spontaneously, and things can be different than in a glass building where everything will be under control, ”said STA.

Police use tear gas in security

The protest protected the police, who also prevented the demonstrators from crossing some streets. He also counted some protesters and used tear gas at Trubarjeva ulica in front of Rog, where they last stopped.

The protest was invited on the social network Facebook, and police announced that they were aware of calls from social networks to gather people in the Ljubljana area in the afternoon. As the Ljubljana Police Authority wrote in a press release, bringing people together is still banned by a valid decree, and rallies or similar events are not allowed. Movement of people is restricted to municipal boundaries and crossing of areas is prohibited.

In the protest against city officials, criticism of the current government was also heard. The STA also writes that they advocate a different housing policy or housing for everyone.