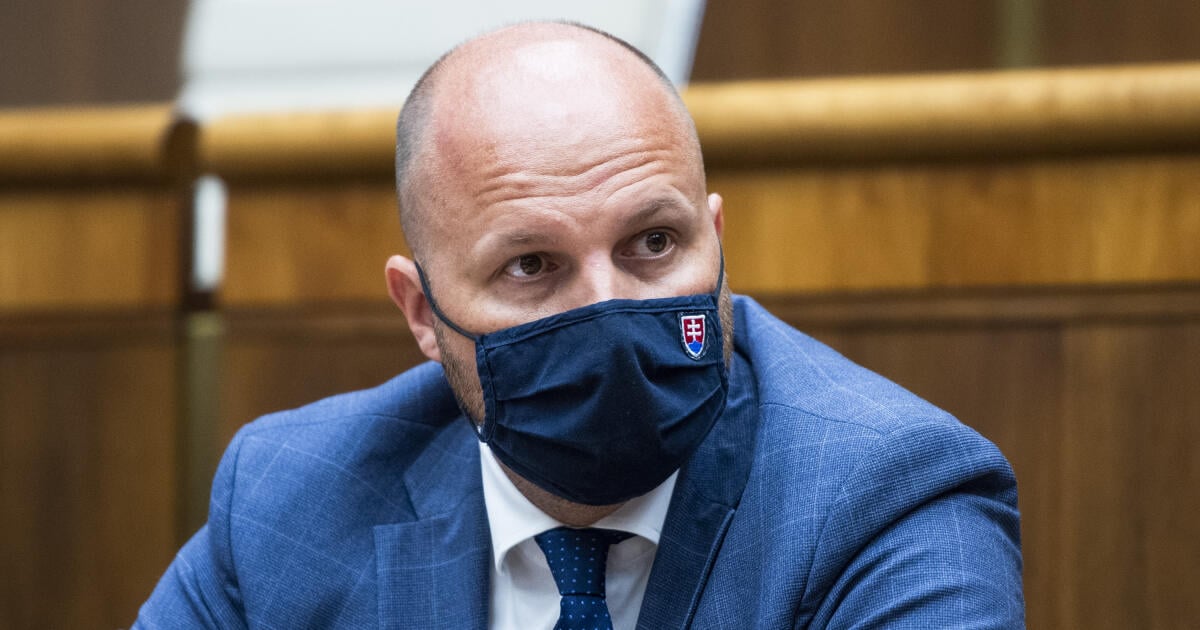 CURRENT SITUATION IN THE WORLD

Thank you for watching ONLINE with us.

22:00 Traveling with COVID passports is really complicated. There are many cases where the digital card provides incorrect data. You can read more HERE.

21:33 37-year-old nurse Hager Ameur resigned, blaming the French government. “blackmail”. “I don’t think they can tell us what to do.” He said healthcare workers were mistreated during the first wave of the coronavirus disease COVID-19. “And now they suddenly said that if we don’t get vaccinated, it’s our fault it infects people. I think it’s disgusting.” she loved it. (tasr)

Traveling with COVID passports is really complicated: THESE ARE THE MOST COMMON MISTAKES!

21:20 Vaccination cards will be mandatory when entering restaurants, cafes, intercity trains or air travel in France from 9 August. This was stated Wednesday by French government spokesman Gabriel Attal. He noted that the increasing number of cases – an average of 19,000 cases per day – meant that was the case. “continues to deteriorate and is alarming”. This is mainly influenced by the spread of the delta variant, he added. (tasr)

20:13 The number of confirmed infections with the new type of coronavirus in Ukraine increased by 916 in the last 24 hours to a total of 2,252,785. This comes from data from the Coronavirus Outbreak Monitoring System of the National Security and Defense Council of Ukraine (RNBO) on Saturday.

20:00 Thousands marched in Paris, the French capital, on Saturday to protest the introduction of the so-called law. covid passports The police intervened some people by using tear gas. (tasr)

18:40 British health organizations have urged pregnant women to get vaccinated against the coronavirus, as the results of a recent study showed that the delta variant increases the risk of serious hospitalization-related COVID-19 disease in pregnant women. (tasr)

After the protests, Kovařík GET ON NERVE: DIFFICULT DEFENSE from the police officers and a RETURN message from the public!

15:39 At the large-capacity vaccine center at the Expo Center in Trenčín, those interested in the vaccine against COVID-19 will be able to vaccinate without registration through the National Health Information Center (NCIZ) on Sunday, August 1. As reported by Barbora Jánošková from the Communications and International Relations Department of the Trenčín Autonomous Regional Office, vaccination will be possible at the Trenčín Exhibition Center only on Sundays between 8.00 – 17.00. They can vaccinate 1,200 people.

14:45 The border regime is changing again. Persons entering the territory of the Slovak Republic and receiving their first dose of COVID-19 vaccine before 9 July must already be quarantined. This is due to the decision of the Constitutional Court of the Slovak Republic, published on Saturday in the Laws Collection and published on the regulatory portal www.slov-lex.sk. This is stated by the Office of Public Health (ÚVZ) SR. (tasr)

13:55 The delta variant is the cause of the recent increase in the number of new cases of SARS-CoV-2 coronavirus infection in China, according to local National Health Committee (NHC) representatives on Saturday. China continues to fight an increasing number of new infections in 14 provinces. “The main species currently circulating is the delta variant. This poses an even greater challenge in terms of prevention and control.” said NHC spokesperson Mi Feng. (tasr)

13:25 The Rwandan government has ordered the lockdown in the capital, Kigali, and eight other counties to be lifted, even though the number of COVID-19 cases in the African country is still rising. (tasr)

12:50 Wearing curtains, regular disinfection or spacing is also natural during the COVID-19 pandemic and at UNFICYP military bases in Cyprus. The measures affected not only the performance of tasks, but also the leisure of soldiers, members of the approaching Slovak contingent for TASR. (tasr)

Epidemiologist Bražinová clearly: Too much democracy is to blame for vaccine problems!

12:40 Tokyo, the capital of Japan, where the Summer Olympics are currently held, recorded 4,058 new cases of coronavirus infections on Saturday, the highest number since the start of the pandemic. The number of new cases exceeded 4,000 infections for the first time.

On Saturday, the organizers of the Summer Olympic Games registered 21 new cases of infection, including among athletes. But the organizers insist that the Olympic Games did not affect the pandemic situation in Tokyo, as they did not record the spread of the infection among the population by some of those who attended the games.

12:00 Australia’s most populous state, New South Wales, reported 210 local cases of coronavirus infections per day today. Police also sealed off central Sydney with a series of checkpoints to prevent a planned anti-isolation demonstration. There is always a tight closure in and around Sydney, which will last at least until the end of August.(Tasr)

10:40 am The European Medicines Agency (EMA) announced on Friday that the European Union must receive another 40 million doses of the vaccine from the American company Moderna by October. Moderna is increasing its production at two new facilities in the USA. (tasr)

10:10 am Using 10,239 RT-PCR tests performed, they identified 66 new cases of coronavirus infection in Slovakia on Friday, July 30. Added four wounded. The National Health Information Center provides information on this on the covid-19.nczisk.sk website.

The Ministry of Health of the Slovak Republic adds that in the social network, in addition to samples that tested positive from PCR tests, there are 18 annotated antigen tests that they conducted on Friday 7390. “Last week, the number of positives tested for delta 112 was 61.9 percent, out of a total of 181 sequenced samples.” loved the resort.

The most positive tested RT-PCR tests were in Banská Bystrica Region (27), followed by Bratislavský (15), Košický (12), Trnavský (3), Žilinský (3), Prešovský (2), Trenčiansky (2), and Nitriansky (2) end. 81 patients are hospitalized and 46 of these have a confirmed disease. There are six patients in JIS, four need artificial lung ventilation support. (tasr)

COVID card specialization: When to apply for CHANGE?

9:50 am 140 people who tested positive for coronavirus arrived in the Czech Republic on Friday. This is significantly less than Friday last week when the new 187 were infected. The breeding number in the country remains at 0.9, meaning the epidemic is on the decline. The number shows how many people, on average, infect a person with a positive coronavirus test. (tasr)

9:25 am In the case of a surname change, for example after a woman is issued, the COVID card holder must request a data change. The National Health Information Center (NCZI) will amend the data upon request. “In case of surname change, a copy or scan of the relevant document, birth number and consent to the processing of personal data must be sent to NCZI, for example [email protected] NCZI will adjust the data for the new EU digital COVID card,” NCZI spokesperson stated Diana Dúhová. (tasr)

8:30am Australian authorities have decided to impose a three-day curfew in several other parts of Queensland, including the local city of Brisbane, on Saturday afternoon. This is due to an effort to contain the emerging focus of the coronavirus variant delta. The stay-at-home order will affect millions of people over the next three days. (tasr)

8:00 Since Saturday, the Czech government has been changing some hygiene measures regarding travel for children aged 6 to 12 and wearing upper respiratory protection. These children will no longer need to have a negative PCR test if they return from high-risk and high-risk countries. These children will be able to take the PCR test immediately upon their return to the Czech Republic. Before that, they don’t have to spend five days in isolation at home. (tasr)

7:30 am The World Health Organization (WHO) stressed that the delta variant of the SARS-CoV-2 coronavirus is a warning to encourage a rapid response before more dangerous mutations occur. “Delta is a warning that the virus is evolving, but it’s also a challenge to take action, to do something before more dangerous variants emerge.” Emergencies Director Mike Ryan announced it at a briefing in Geneva on Friday. (tasr)

7:15 am There is a lack of political figures in Slovakia who can reach a coalition and at least the basic consensus of opposition parties on vaccination against Covid-19. This was stated by broadcaster Juraj Hrabko in a discussion on TASR TV. “It’s not a real information campaign, and the government coalition is responsible for it, not the opposition.” noted. (tasr)

Napkinless Infection Specialist Sabaka: You changed thousands of lives in 5 minutes of fame, I HAVE IT!

7:00 am Only soldiers with the COVID-19 vaccine will be sent to foreign operations. The Department of Defense has added the vaccine to its vaccination programs. He will need to go on a mission somewhere in the world. This was confirmed to the media by Defense Minister Jaroslav Naď (OĽANO).

“Every soldier who goes to operations and missions has to go through a vaccination schedule anyway. He receives different vaccines for different types of diseases. We have added the COVID-19 vaccine to the vaccines that must be given before departure for each operation.” Minister explained. According to Naď, the ministry is not considering mandatory vaccinations for soldiers working at home. (tasr)

Check out yesterday’s highlight on the VIDEO: 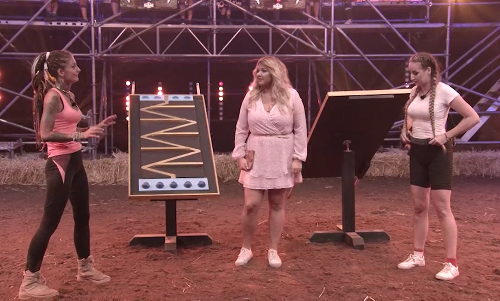 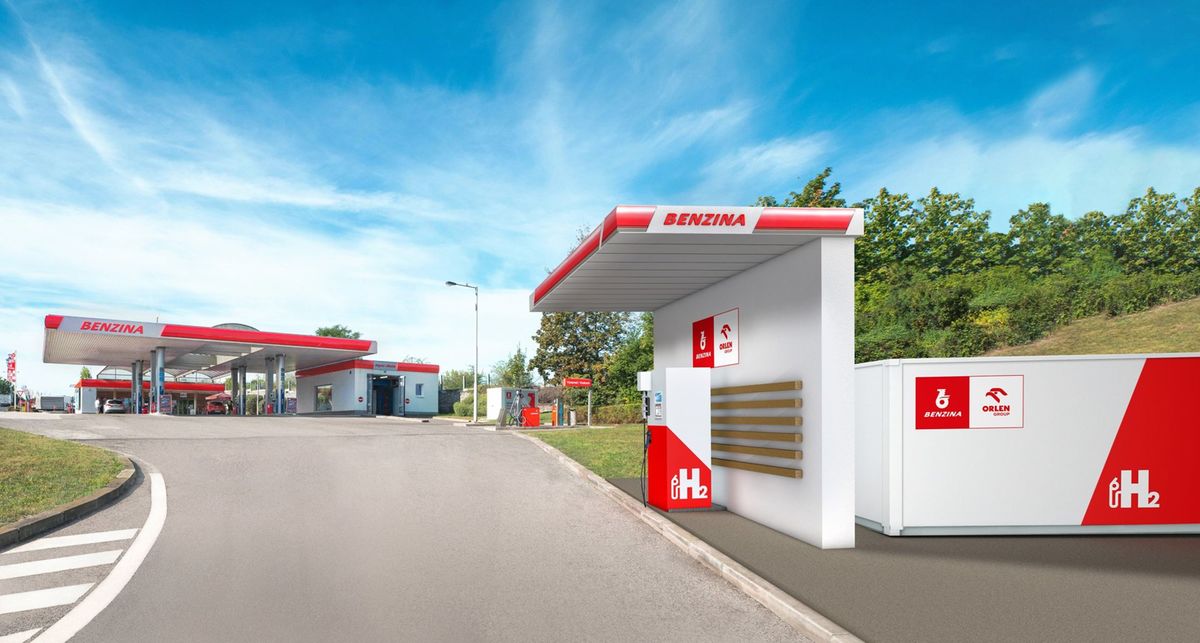 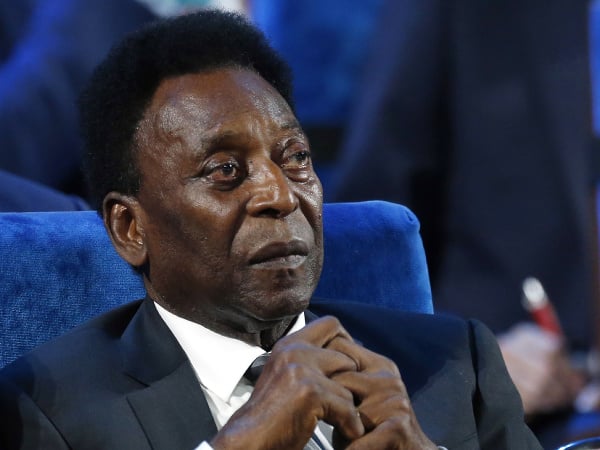