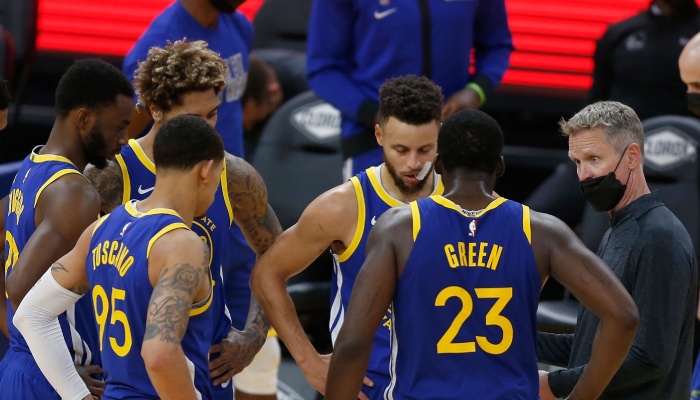 This time the Warriors hit rock bottom. In the absence of Steph Curry and Draymond Green, Steve Kerr’s men were martyred by the Raptors. The difference… increased to 60 points. Almost unprecedented humiliation.

Steph Curry and Steve Kerr may have raised their voices lately, but nothing helped: the Warriors, indifferent, overwhelmed, and not capable enough without their leader, completely sank against the Raptors last night. Final score? With the difference increasing to 60 points in the last quarter, from 130 to 77 …

Raptors get 60 POINTS LEADER in round 4 😨 pic.twitter.com/wJT7p7R4CP

A real butcher’s shop dangerously close to the all-time record for the biggest defeat in the NBA (148-90 68 points difference vs the Heat in December 1991).

Perhaps most worrying for the Warriors is that this shipwreck occurred against Toronto, a team that was left behind this season, with a bad record of 18-30 before the encounter. However, Nick Nurse’s men took advantage of tonight to mark their franchise dates and those of Steve Kerr in a slightly different way:

5 new deaths in the league

The Raptors beat the Warriors by 32 points in the 3rd quarter, achieving the best point difference of any quarter in franchise history.

The Warriors trailed for the first time in the shot clock period (since 1954-55) with 30 points or more in a quarter. pic.twitter.com/3d53CK1q1D

The Raptors scored 32 more points than the Warriors in the 3rd quarter alone, and their best quarter time scores differed in franchise history.

For the first time in history, the Warriors fell behind with more than 30 points in a single quarter.

This massacre confirms that the Warriors season is getting worse, as journalist Anthony Slater, who reported on Golden State for The Athletic, sums it up:

The Warriors’ season continues to collapse:
– Defeated by the Raptors with 53 points
– 1-7 without Steph Curry
– Lose in 11 of the last 15 matches
– Now 3 games away from the 8th place, the worst sign of the season
– Kings are on the verge of overtaking them for 10th place

At 10th place in the West, the Warriors, who failed to make any real progress this season and dropped out of the top 8, took another big hit against Toronto. What follow-up should be done until this end of the year? Reflection should be clear in front desk …