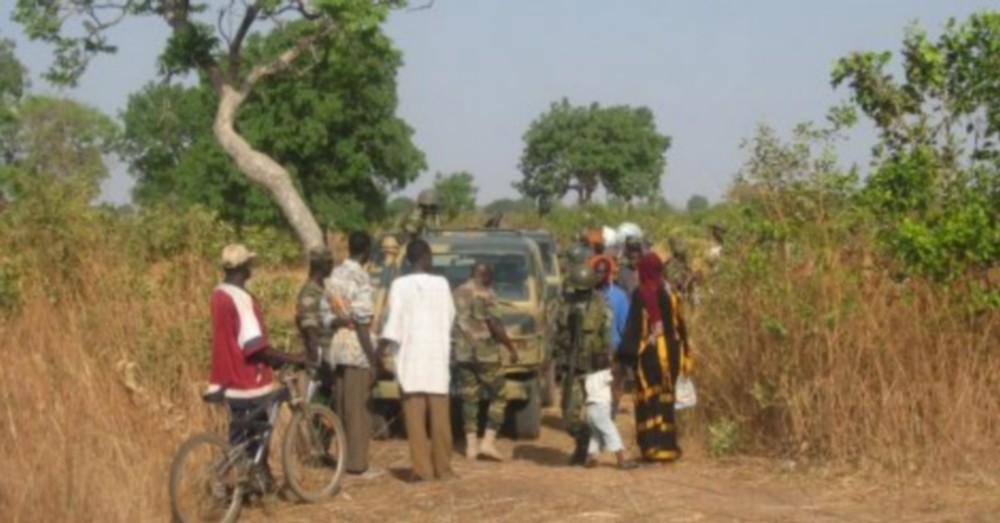 The package lasted between 18 and 20 hours last Saturday. The latest news from the hostage robbery, "illegal mission" was carried out by a single person armed to teeth.

The robbery took place between the villages of Badiouré and Diango, more precisely at the beginning of the Kalounayes cycle, in the RN4. This is a long-term act that questions Salif Sadio's intention to bargain for the ultimate peace. But at the same time to put fear in the belly of Oulampane municipality and the people of Bignona.

The first free hostages were heard by the elements of the Bignona gendarmerie. They're the first details of the robbery. Souleymane Diédhiou, who lives in the village of Gnalé in the Bignona section, returns to the film heist.

Souleymane Diédhiou explains the conditions of the robbery

Fogny to join a meeting aimed at reunification of the left, the cars fell upon this robbery. "We are at the height of Diango at the Marsassoum junction when we go to a meeting aiming at the reunification of Sisli. When we arrived at the scene, we found a man with a gun and a grenade. He wanted us to take our money from our pockets and our phones..

We had more than 20 cars and Jakarta bikes lined up along the way. We spent 2 hours there. Only one person would appear, because he was alone, standing and appearing. Before taking us to retirement, the driver of a seven-seat vehicle saw the crowd and the thief. Suddenly, the driver turned. He fired three times. It was this car that recorded two wounded in Ziguinchor Hospital Center.

Angry threatened us, said we had a serious problem, because we let the car run. To follow him, there are three men and three ladies, a 4×4 car driver, and the other a driver of the refrigerator. There was a student amongst the hostages. We left with the hostages, and we were in a hurry to ride our cars in a few minutes. And we escaped to take the direction of Bignona, "the victim said.

The woman raped the robber before he was robbed?

The first five people published by the assailant, namely three men and two women, confirmed the thesis that he had succeeded in immobilizing all these tools and that he had predicted this beautiful world. almost face to face. This was heard on Sunday morning in the Bignona Brigade. They gave other details, indicating that the attacker held the only girl whose brother could not be saved. The last news, the lady came to Bignona's brigade this Sunday morning. The thief would have raped her before I let her go.

Army and gendarmerie intensified patrols to hunt down robbers

As soon as the news is announced, the Mfdc track is indexed. Investigations, organized jointly by the army and the gendarmerie, have been intensified since the robbery was announced.