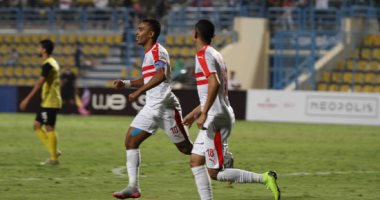 In Zamalek club, there was a strong trend to change the contracts of 4 players in the coming period, one of which was Mahmud Kahraba.

Zamalek officials, as well as the crisis of a contract contracted, due to the fact that they continue to be interested in many clubs outside Egypt, especially in the Saudi league, 3 players, most recently Mahmud Abdel Rahim Jensh and Mahmud Alaa and Joseph Obama's contracts. they are thinking of being changed.

The White Club, local, Arab and African tournaments want to maintain the team's basic strength in the next stage.