Video .. Did the Spanish El Clasico referee fatally accept a penalty kick in favor of Barcelona? 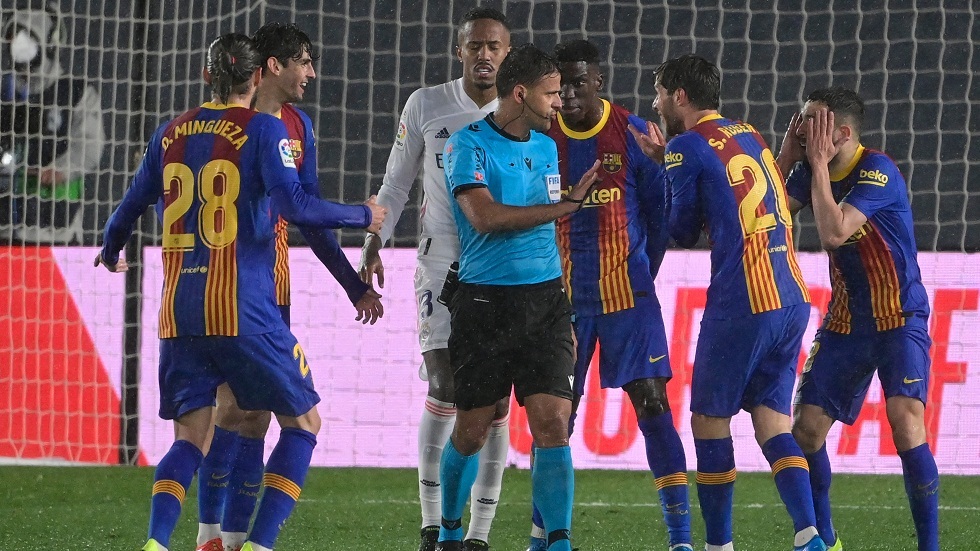 In the 30th round of the Spanish Football League, Barcelona players demanded a penalty kick in the last minutes of their rivals Real Madrid’s El Clásico match.

With 6 minutes to the end of the original game time, when the result showed the royal team scored 2-1, Barcelona player Martin Braithwaite missed the ball in the “Merengue” penalty area in front of the French Ferland. Mendy thus attracted the star of the latter team Catalan, he stepped out to demand a penalty kick from the players of “Blaugrana”, but referee Jess Gil Manzano did not count it as a criminal offense and he ordered to continue playing.

It is noteworthy that, with its neighbor Atletico, who was the heavy guest of Real Betis on Sunday, Real Madrid’s 2-1 victory, Real Madrid’s rise to 66 points and the top equal point are noteworthy. same kind of.

On the other hand, Barcelona’s balance stopped at 65 points and LaLiga fell to third place in the team leaderboard.

Despite its benefits, a vitamin can put your life at risk

News 24 | The Ministry of Health announced that the registration portal for the “Patient Care Technician” program has been opened. Application conditions are as follows.

News 24 | Health spokesperson: We are facing similar numbers of Corona injuries as last April … and we are watching unfortunate behavior