News 24 | Health spokesperson: We are facing similar numbers of Corona injuries as last April … and we are watching unfortunate behavior 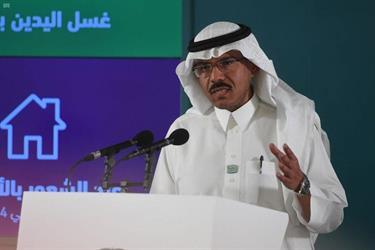 Ministry of Health Spokesperson Dr. return to adherence to preventive measures to prevent the spread of infection.

At the press conference on developments in Corona in the Kingdom, he explained that the Kingdom has witnessed an increase in the number of daily injuries since the beginning of this year, similar to those recorded at this time last year. Numerous injuries, approaching 5 thousand cases, began to be recorded.

He added that these monitored behaviors were very similar to those at the beginning of the pandemic, and there is currently increased awareness of the disease and how to combat it, but there are still plenty of daily monitoring infections.

Stating that very unfortunate meetings and behaviors are watched everywhere, he emphasized that we should not be the reason for the spread of the infection.

# Urgent_Saudi Arabia | Speaker #Ministry of Health: Meetings and misbehavior everywhere are very painful and unfortunate. We should not cause the infection to spread and return to our commitment. pic.twitter.com/dJzxevMLQq