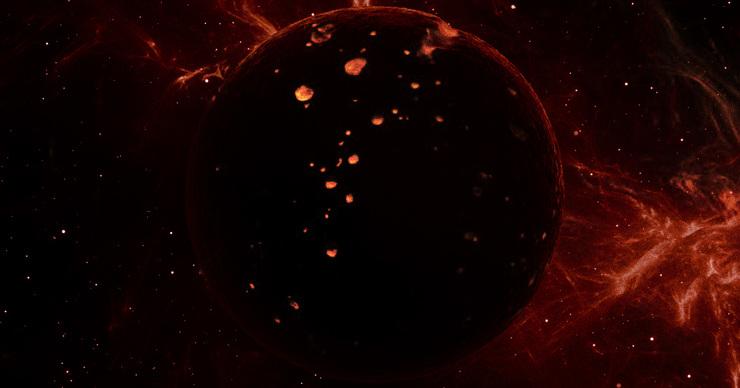 
Astronomers have revealed that the planet they discovered 5 years ago in the “Whale Constellation”, 640 light-years from Earth, is a “hell” planet with a terrifying environment and features that they didn’t believe until they repeated it. They did their calculations on this issue several times, until they confirmed that the wind speed on Wasp-76b was hotter than the Earth’s sun, sometimes reaching 16,000 kilometers per hour.

According to media reports, the scientists also stated that they are confident that the rain does not fall into the water as on Earth, but drops of molten iron at a temperature of more than 2,400 degrees Celsius, or 4350 degrees Fahrenheit, on the planet orbiting less than two. Earth days around its star are enough to evaporate everything in it, even metals including iron, so the planet is gaseous, just like Jupiter.

Scientists from Queen’s University Belfast in Northern Ireland, who joined forces with an international team of astronomers, confirmed this information after conducting a more comprehensive study of the planet using the Gemini Northern Observatory, which is installed on a planet’s summit, according to the report. An extinct volcano in the US state of Hawaii.

The British newspaper Daily Star published a report that stunned scientists about their latest findings on the planet, noting that scientists found it so powerful and fast in their analysis of data from the Gemini Northern Observatory. winds on the planet carry evaporating iron pellets to the cooler night side. Falling iron rain “drops”.

In Wasp-76b’s upper atmosphere, scientists have discovered an element whose presence confirms that “conditions on its surface are worse than previously thought.”

Scientists thought that the presence of ionized calcium was “a powerful feature that could indicate on any exoplanet that there are very strong winds in its upper atmosphere or that the temperature of the upper atmosphere is much higher than normal.” author Emily Deibert is a PhD student at the University of Toronto, Canada.

Scientists have discovered the presence of “ionized calcium” in the planet’s upper atmosphere and that it is “hotter and more hellish than we thought,” and that the calcium spectrum absorbs a large amount of radiation from the star around which the planet revolves. and although its mass is only 85% that of Jupiter, it causes it to swell tremendously from the outside, to the point where its width appears to be twice the width of Jupiter.

Before the final touches… "Rumayyan" First message to fans "Newcastle": This is our plan – before