Matić: the poppy symbol reminds me of an attack when I was a child 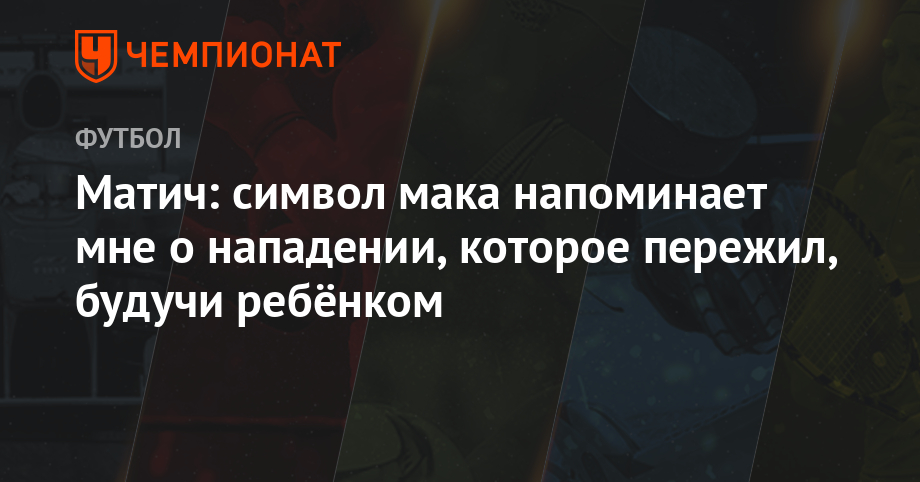 Matić: the poppy symbol reminds me of an attack when I was a child

Midfield Manchester United Nemanja Matic Bournemouth announced the decision not to attach the poppy flower to the T-shirt prior to the 11 th round of the England Championship. (2: 1). Previously, the Serbian football player was honored the memory of British soldiers participating in NATO missions.

An I understand why people are wearing poppies and I respect everyone's rights. I sympathize with those who lost their loved ones because of the conflict.

However, it reminds me of my attack as a 12-year-old boy living in Vrelo. My country was destroyed in 1999 by bombing. Despite the fact that I've been wearing a uniform with a poppy flower before, now I feel I can't do it, it would be wrong.

As a symbol of pride in England, I don't want to discredit poppy or insult someone. However, I'm confident that I can't grow up on this issue and I believe this is a personal preference for everyone.

I hope everyone understands my reasons now and I can focus on helping my teammates in future games, ler wrote Matic on the Instagram page.

Matic refuses to play with Poppy flower due to Yugoslavia's actions