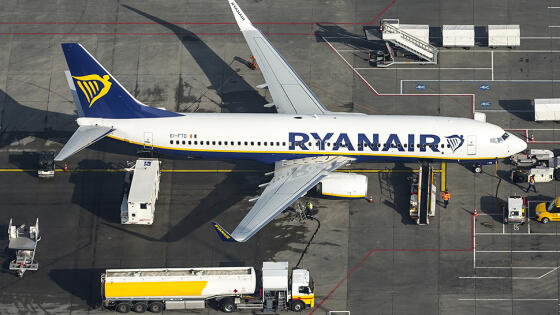 On Thursday, French authorities seized Ryanair at the Bordeaux-Merignac airport and forced 149 passengers to leave the machine. The reason for the action was the disagreement over the subsidies these Irish lines received. On Friday, Ryanair demanded 525,000 from her. Euro.

The French Civil Aviation Administration (DGAC) emphasized that the occupation of the aircraft is the "last option". France has tried to persuade Ryanair to return its subsidies in 2008-2009. In 2014, the European Commission acknowledged that these regional subsidies did not belong to Irish airlines because they violated the principle of fair competition.

The DGAC stressed that "unfortunately," the state was forced to seize this plane on Thursday to force Ryanair to grant unnecessary subsidies. It is reported that passengers leave London after five hours.

DGAC spokesman Eric Heraud confirmed on Friday that Ryanair gave the required sum and that the plane would be returned to him.