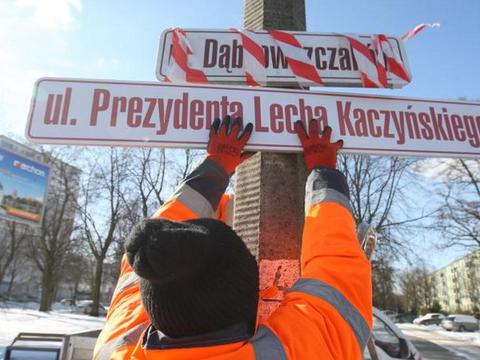 – I am amazed that the High Administrative Court did not defend the natural rights of local self-government to give street names and to accept the right to central authority – the President of Gdańsk Paweł Adamowicz commented on the NSA's decision today.

The decision of the Supreme Administrative Court, which is partially unfit for administration and at the same time voivode, is legally binding.

But the president doesn't hide his pain. He says: – I am amazed that the administrative court is dealing with the evaluation of history, because this is a difficult task. Thus, the decision of today's Supreme Administrative Court: Dąbrowszczacy, Kruczkowski and Buczek, the communists and Sołdek, Pstrowski, Zubrzycki and Wassowski – became known as no.

A disagreement on history, self-governance laws and new sheets. Started with a voivode

Remember, this discussion started in December 2017. Citing the "Dispute" action and the views of the National Memorial Institute, Pomeranian decided to change the names of seven streets in Voivode, Gdańsk. Dąbrowszczaków, Józef Wassowski, Marian Buczek, Stanisław Sołdek, Wincent Pstrowski, Leon Kruczkowski, Franciszek Zubrzycki – these are the names of the streets in Gdańsk, where new bosses took the decision of Pomeranian voivode. Among the latter, among others names such as Anna Walentynowicz or Lech Kaczyński.

In December, PO councilors approved a resolution authorizing the president to decide his decision. President Adamowicz decided to take such a step. – The President's order is unconstitutional and is contrary to the act of local self-government – said President Adamowicz.

Some residents of Gdańsk, protesting against the change of names, argued that no one decided with them.

In March, the Gdańsk Provincial Administrative Court issued a decision in this case, which rejected Vojvoda's order. The court emphasized that changes in street names were within the authority of self-government and voivode as the representative of the government did not have the right to regulate such an arrangement. Tablets with new names disappeared from Gdansk (including Lech Kaczyński street).

NSA decision. Four street names remain, the other three go to the past

However, the Voivodship Administrative Court's decision was appealed to the next case. Today, the Warsaw High Administrative Court issued another decision. In the case of four streets (Sołdka, Pstrowskiego, Zubrzyckiego and Wassowski), they believe that the names will not change. But the governor can enjoy some of the fine – more street names (Dąbrowszczaków, Kruczkowskiego and Buczka) will be liberalized according to previous recommendations.

Among other things, Dąbrowszczaków street will soon disappear in Gdansk, and its replacement will be – Lech Kaczyński. In turn, Marian Buczek Street will become Jan Styp-Rekowski and Leon Kruczkowski – Ignacy Matuszewski street.

Want to stay up to date with the most important information of the day? Like Facebook News!