Pringle, MVP erik on the tug of war for Fajardo 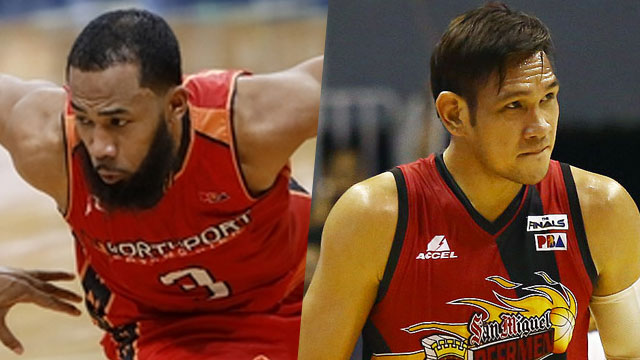 Pringle, who won the 2015 Rookie of the Year Award, placed at the top of the statistics race with an average of 35.5 points and took second place with Fajardo's 33.2.

The four-stroke MVP had been the season leader of the season overtaking the win, but had to take a break to get rid of the stress break in the right shin.

In the season-ending tournament, in the two games he played, Fajardo collected SP statistics (11 points) and scored points.

Thompson, who is trying to break the top 5's, has made her the favorite favorite for Plum Player Plum.

Although In the statistics contest Fajardo fell to number 2, the SMB stalwart could still be in a good position for him in voting at the Best Player Conference awards in the Philippine Cup and Commissioner Cup.

Meanwhile, Phoenix Petroleum emerged as the leading contestant for the Rookie Award of the Year for Jason Perkins.

For the best rookie plum, an all-La Sallian war could be, Jeron Teng (18.3) could run behind Perkins (23.4) in the statistical race.

Christian Standhardinger and No. 2; Kiefer Ravena was out of the race because they could not meet the minimum number of games that the competitors could play in the season. – Rappler.com