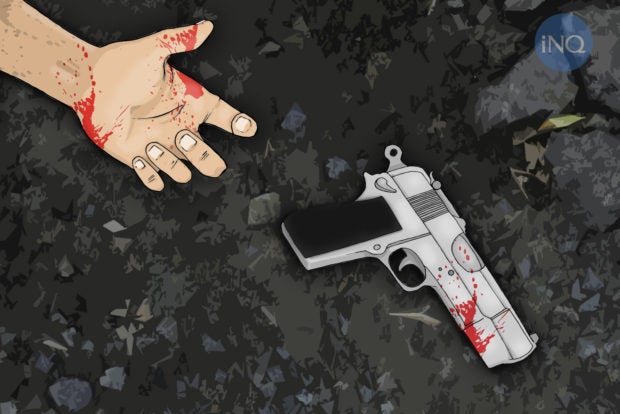 SAN PEDRO CITY – In the early hours of Monday, a police operation in San Pablo City in Laguna was killed by a "big time" illegal drug distributor and gun-leader leader.

Laguna Chief of Police Sr. Supt. Eleazar Matta said he suspects the assassinated Christopher Alain Alvero is eighth on the police watch list for "high-value targets" in illicit drugs and that his group has killed a number of conventions in the city.

Matthew said police should call the suspects' residence at around 7 am in the morning of the ceasefire at the Alvero junction in San Ignacio, Baragay (village).

The police were armed with a few warrants for illegal drugs and firearms by Judge Agripino Morga, a judge from the district jurisdiction in San Pablo City.

According to Matthew, the suspects opened fire asking the authorities to withdraw.

The police said they were collecting at least five pistols, a sniper rifle, a grenade and several ammunition.