E-Mart to open a store in the Philippines 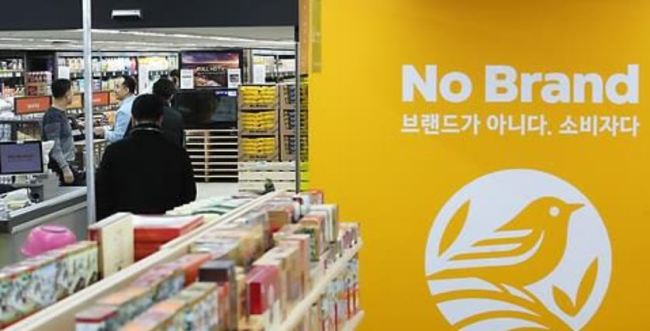 South Korea's leading discount chain operator, E-Mart Inc., announced on Monday that its stores, dedicated to selling its own private label products, will be opened in the Philippines, where it is moving to expand its global presence.

E-Mart, according to the South Korean retailer, signed an agreement with Robinsons Retail on Friday to open 25 No Brand outlets and 25 Scentence stores in Southeast Asia in 2020.

The fragrance is the beauty brand of E-Mart.

This file photo taken on April 5, 2018 is in South Korean retailer E-Mart Inc. in Seoul. show a No Brand store run by. (Yonhap)

According to E-Mart, 47 shopping centers in 48 countries, 49 stores, 130 supermarkets and 3000 stores, such as Robinsons Retail is a major retailer in the Philippines.

The launch of no Brand store in the Philippines will mark the first overseas expansion move with the increasing popularity of its products.

According to the retail, outbound shipments of No Brand products increased by 57.8 percent in the January-October period.

E-Mart said it would develop local products with the partner to improve its competitiveness in the Southeast Asian market. (Yonhap)