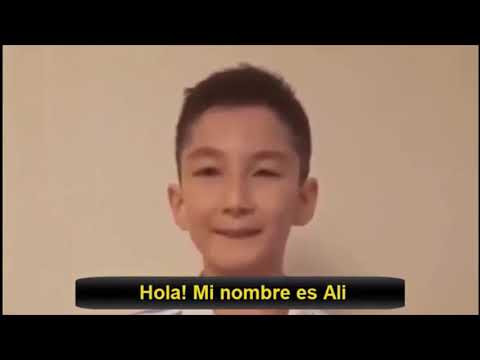 Nin death Diego maradona upset the football world and as the days go by, anecdotes about the star of the star Argentina national team; However, one of the most controversial was the ‘forbidden goal’ he scored against a legless boy who decided to play as a goalkeeper and tried to cover up some of his shots. In video viral The former footballer seems to enthusiastically celebrate his goal, a gesture for which he was harshly criticized. But what will the other hero of the moment in question say about this? Here we tell you!

At first it seemed so Diego maradona He was grumpy when he scored a goal at a disabled child and shouted what he had done from the roofs, but in reality it was the 10th person who fulfilled Ali Turganbeko’s dream, who wanted to meet him face to face and play with him for a short time. .

The viral video, which was watched by thousands of people around the world, was revealed in 2018 when Maradona was the club’s coach. Al Fujairah FC, In the United Arab Emirates. The former player was greeted by a group of children, including little Ali, who had no legs, during training.

Ali then realized his dream of meeting him, touching him, talking to him and spending time with the ball. The little one from Kazakhstan put on his glove and went straight to the goal to stop some of the former striker’s shots, but could not celebrate the 10th moment as we used to finish with a goal.

After his death on November 25 due to a cardiorespiratory arrest, Ali took another place on social networks and posted a very sensitive message on Instagram, along with a memory photo that went viral. “May the King rest in peace, Legend. My dear friend Don Diego. I came back to review this sad news and didn’t want to believe it “Diego pointed in Maradona’s arms next to his image.

In another post on the same social network, Ali shared a moving story. “Every time they asked me what my dream was, I buried in my soul and wished a meeting with the football legend with the best of the best! Diego maradona! This was my first date and as he gave me two days of attention. When he first approached me, he hugged me very hard and for a long time did not leave me as if he had known me for 100 years. “said the boy on social networks.

“He always hugged and kissed me like a loved one, and although it was very difficult to move his legs, Diego took me to the field and played with me, although it was unplanned. I dreamed of seeing him and hugging him they said I couldn’t play with him but Maradona had the wonderful heart of a champion, and his sensitive interest went deep into my soul. Rest in peace, dear friend Diego Maradona! “ended with a very sensitive video for users that quickly went viral.

Why did Diego Maradona die?

Diego Armando Maradonathe best player in history is dead. The world champion ‘Pelusa’, ‘D10S’ with the Argentina National Team is dead. Maradona died at his home in the San Andrés neighborhood in Tigre’s Buenos Aires neighborhood on Wednesday (November 25th); where he lived for a few days after undergoing head surgery.

As confirmed by Clarín, Maradona decompensated at 10 am on Wednesday and died a few minutes later in the afternoon after the doctors who joined him tried to portray him without success.

Some Argentine media reported this Maradona had a heart attack He was treated at his home in Buenos Aires and at least by four ambulances who came to his home.

Hours later, the Argentine star died without cardiorespiratory arrest at his home in Buenos Aires, as confirmed by his lawyer and local media agent.

Confirmed the news, as various football personalities and clubs around the world expressed regret at losing the Argentine football legend toThree days of national mourning was declared in Argentina.

?
A nice visit from Maradona lover with special needs of the day’s exercises and participation in playing with the legend #maradona #fujfc pic.twitter.com/5KqwOl3wCa

What were the last days of Diego Maradona?

Monday, November 2, Diego maradona According to his personal doctor, Leopoldo Luque, “after an emotionally complicated week for him, he was accepted into the Ipensa sanatorium. Too much pressure creating a mood drop. His diet affected him. We saw it with a different color and decided to examine it to make it a little better with a different attitude ”.

The next day, on November 3, the Argentine star was transferred to the Olivos Clinic for surgery as a subdural hematoma was detected.

Then Luque said: “We did the surgery with a team of several famous neurosurgeons. It took twenty an hour, the hematoma was successfully evacuated. Diego reacted very well, woke up. All are very good. Diego is in control, we have an evacuation that we will lift tomorrow but everything went very well “.

The following days went through recovery and great confusion. According to her personal doctor, in the first days after surgery, Maradona even wanted to leave the clinic because of the alcohol-related “withdrawal picture”.

Diego is very good, he was good after surgery. But there is also the truth. Apart from that, we all know Diego, we’ve seen him have some confusion. We associate it with a picture of deprivation. The idea is to do withdrawal treatment that we believe will last for a few days.“Said.