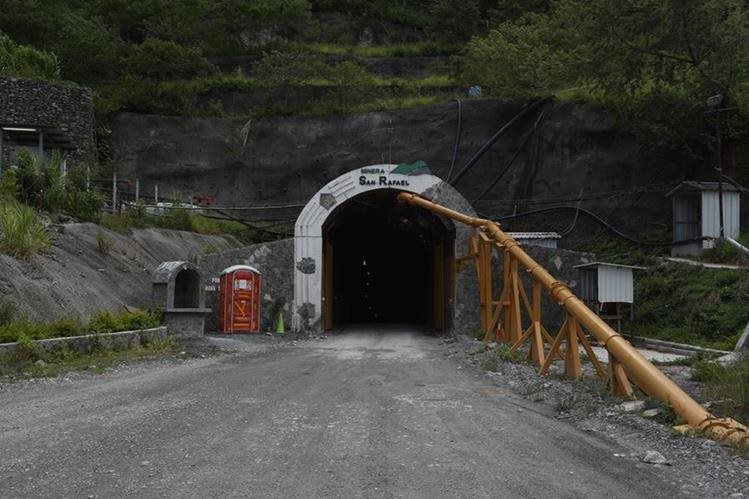 Tahoe Resources and Pan American Silver have announced their interests to the public, while MSR made a statement in Guatemala.

However, the merger of both companies must reach an agreement on what to do in January 2019.

Pan American is the second largest company in the world for silver mines operating in Mexico, Peru, Bolivia and Argentina.

. For more than 25 years, it has operated mines in Latin America and has a verifiable record of responsible operations and positive relationships with communities and governments,. He added in the bulletin.

The decision was based on continuing to strengthen the stability of the El Escobal mine owned by Minera San Rafael.

We also believe that we will continue to create value in our communities, business partners, stakeholders and our country in the long term.

In spite of this being announced, in the near future there will be no change in the operation of Minera San Rafael in Guatemala.

The company announced that it will continue to support and participate in the consultation process of the International Labor Organization (ILO) agreement (169) for the impact area of ​​Al Escobal.

The consultation is ordered by the Constitutional Court (CC) and carried out by the Ministry of Energy and Mines (MEM).

The mining company in Guatemala, the community strengthening plan and Casillas, will continue with a peaceful solution in Santa Rosa.

In addition, Minera announced that in addition to San Rafael, the company will continue its environmental management and development programs in preparation for the resumption of operations at El Escobal following the completion of the consultancy process.

Çab Pan American aims to support Minera San Rafael's commitments for the procurement process, as well as all efforts to strengthen relationships and trust that enable resumption in El Escobal.

Data of the case

On September 3, 2018, CC instructed indigenous communities near the San Rafael Mine to conduct a consultation to continue working immediately.

Nevertheless, he first demanded a series of reports and work on the environment and heritage protection and health organizations. Review the domain of the El Escobal project.

The Xinca Parliament, the Center for Environmental and Social Legal Action (Calas) of Guatemala and the representatives of the mining company's suppliers have requested the CC to explain and extend the case.

The MEM should begin to prepare the preliminary consultation process and subsequent consultation.

The court decided not to set a specific deadline for the consultation of indigenous peoples.

While the mining company and suppliers are waiting for the deadline, Quelbin Jiménez, a lawyer from the Xinca Parliament, said that a deadline cannot be determined, because in international comparative law, there are instances in which these processes are dynamic and that the State is in accordance with international standards. . They cannot put pressure on indigenous peoples, but should respect their time and procedures.

> CC continues not to set deadline for consulting communities

> For these reasons, CC conditional operations at the Mine of San Rafael