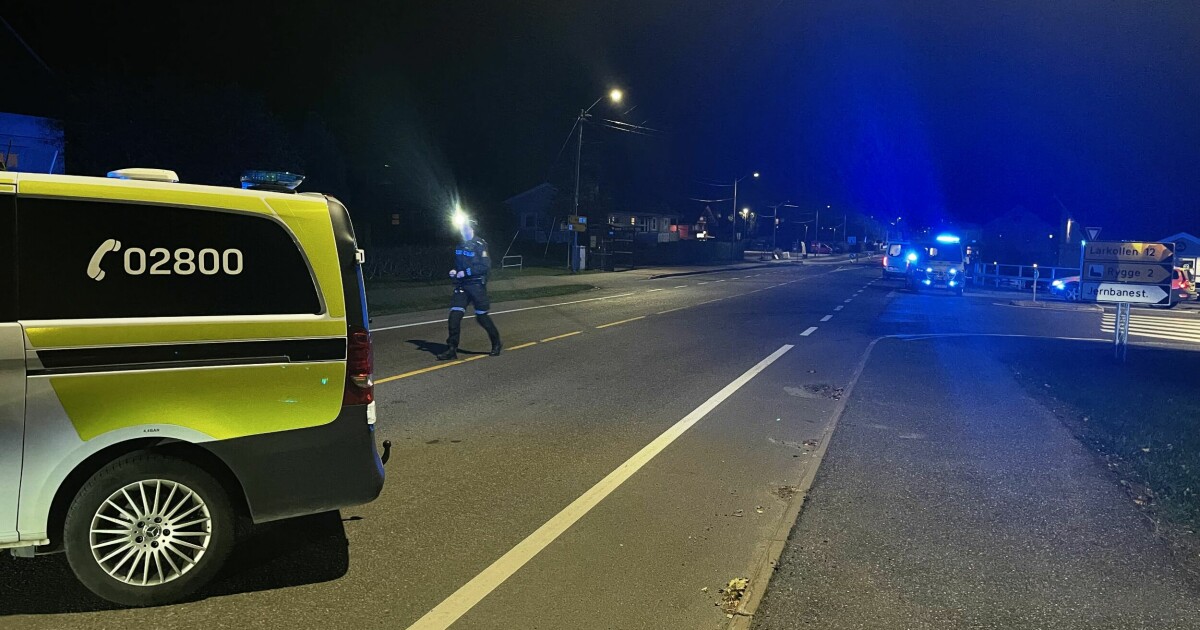 The incident occurred in Rygge, in the Moss municipality of Östfold.

– Finn Håvard Aas, chief of operations in the eastern police district, told TV 2 at 23.15 that a person had been stabbed multiple times.

Police performed life-saving first aid when they arrived at the scene, describing the victim as “severely injured”.

Just before midnight, Aas reports that the man was transferred by air ambulance to Ullevål hospital.

– Based on this, he could be considered serious, as he was transported to Ullevål rather than an emergency room or a local hospital, says the operations manager.

At 00:17, police reported that a suspected perpetrator had been arrested after an extensive search of the area with extensive resources.

– One person was arrested, this is the suspected perpetrator. We’re not looking for more right now, says Arve Hermansen, plant operations manager.

Relationship between the parties

The task leader says there is a relationship between the perpetrator and the victim that helps strengthen suspicion against the person they are detaining.

– There is a relationship between the injured and the perpetrator and therefore there is no danger to others in the area as we have seen. So it’s not a random victim, Hermansen says.

He said that helicopters, dogs and police cars were looking for the suspected perpetrator, who was caught in the immediate vicinity of the crime scene.

– As we see now, this site happened inside the hotel, says Hermansen.

The Eastern Police Department states that the incident was reported to them at 22.33.

#Rygge 22:33 A person was stabbed in Rygge. Emergency services are on site and the person is cared for by health personnel. Police are looking for a possible perpetrator.

TV 2 is following the case.