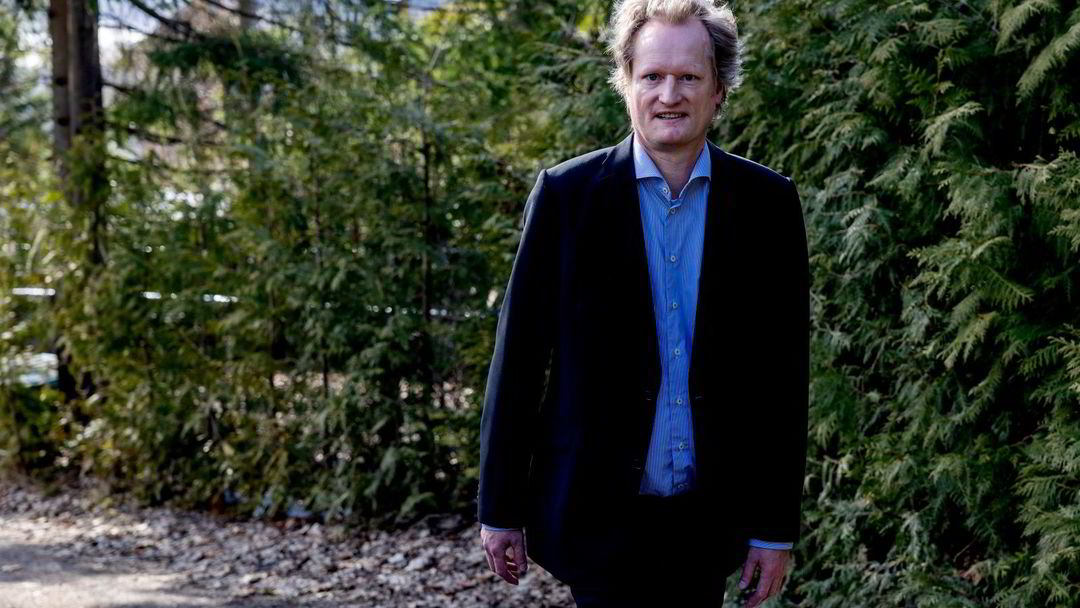 “This letter of intent has been terminated by mutual agreement,” said the short stock market announcement.

Harmonychain founder and chairman Bjørn Zachrisson has no further comment and is referring to the exchange announcement.

Harmonychain announced its letter of intent with Neo Mines on Sunday night. The background was that the two companies needed to explore possible collaborations in the development and operation of facilities for issuing cryptocurrency.

The market immediately reacted positively to the stock market announcement. As of 12.45, the share in turnover increased by three percent at approximately NOK 700,000.

– Suppose they know their customers

What did not emerge from Harmonychain’s announcement of negotiations with Neo Mines was that the Dubai company was established just 19 days ago. The company was founded by Edwin Lee, who served as the CFO of many of Thomas Øye’s companies.

Øye, now named Thomas Stray, is behind one of the largest personal bankruptcies in Norwegian history and has been sentenced to five million kronor felony theft. He survived bankruptcy and a claim of 42 million kronor in 2002 and settled permanently in Dubai.

It was French IT consulting giant Capgemini that mediated the contact with Neo Mines. CEO Ola Stene-Johansen said at first that Harmonychain had received assurances that a so-called “due diligence” or company review was being conducted at Neo Mines. Capgemini vehemently denied this.

– We perceive that Capgemini has done extensive research on his client. It’s true that Capgemini never had a mission for Harmonychain. Capgemini is a serious and respected company, and we assumed they knew their customers, said Bjørn Zachrisson, founder and president of the elaborate Harmonychain.

“Together we create your future”

It is the Norwegian joint stock company Krima that launched Capgemini on behalf of Neo Mines.

Founded at the end of July, the company is 50/50% owned by Olav Kristoffer Øyulvstad and Harald Magnus Øyulvstad, who are chairman of the board.

“In addition to creating effective solutions and strategies, we help create success stories while guiding our clients through various growth stages. Together, we create your future,” reads a text on the company’s website stating that it will invest in crypto, among other things.

– He supports us behind Capgemini’s statement, we have no further comment beyond that, Harald Magnus Øyulvstad told DN in an email.

Nina Zimmer, Capgemini’s communications consultant, said on Tuesday that the company entered into a standard consulting agreement with newly formed Krima and held individual meetings to find potential partners for Neo Mines. Harmonychain was one of the companies contacted.

A few days ago, both Neo Mines and Capgemini were listed as partners on the Krima website. This has now been deleted.

– Øyulvstad in the e-mail has changed the website as the relationship with Capgemini has ended.

According to the old text on the website, Krima had a cooperation agreement with Capgemini that included business development, project management, technical assistance as well as strategic and technical advice. Collaboration with the two companies should provide “unique expertise with the potential to provide end-to-end services to our customers.”

According to Capgemini this is not true:

– We got a consulting assignment for Krima. Mission accomplished and we have no ongoing collaboration with the company. The text on the website covers the services Capgemini offers and what we can offer Krima, but that task was of a more limited nature, communications consultant Nina Zimmer writes in an email.

Krima did not answer DN’s follow-up question about the case.(Conditions)Copyright Dagens Næringsliv AS and/or our suppliers. We ask you to share our cases using a link that leads directly to our pages. Any copying or other use of all or part of the content may be made only with written permission or as permitted by law. See here for more terms.