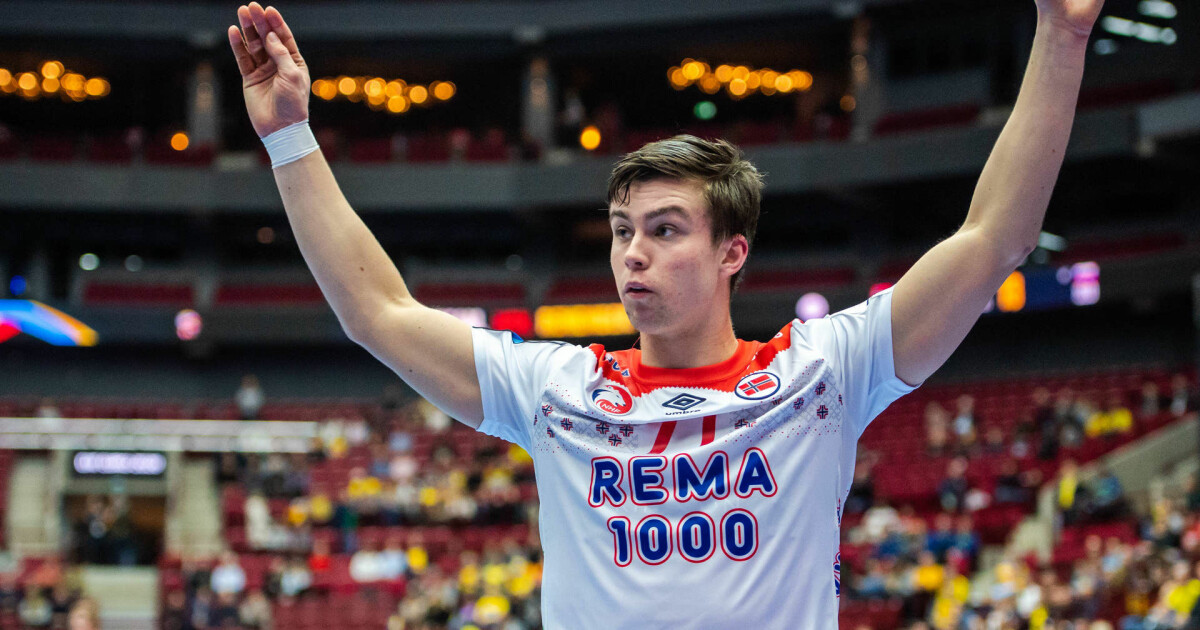 Alexander Blonz was going to play against Switzerland, but the winger injured himself during the warm-up and remained on the bench throughout the match when the Norwegian team took their first win in Egypt.

A 20-year-old with a knee he previously struggled with may seem like his left knee dislocated during warming up. This fall, the Elverum player removed the kneecap from the joint.

Now he fears the World Cup might be on his side.

– Today sits on the body with a slightly different feeling

– Yes of course. It was an immediate thought that came to my mind on TV 2, and it is still there, Blonz says.

– How does that feel?

– I choose not to think about it, then we’ll just see it, he says.

– Do you think you will continue to play?

– It felt like half the knee joint. It hurts then and there, but otherwise it just ached. This is very ambiguous. I do not suffer much. I can walk and run well. Trusting the directory takes a lot. We have to see when we will arrive at the hotel.

– Almost like you stepped in, but it’s not completely over and it still hurts. Torgalsen told TV 2 that we tested it and found no signs of a new injury in the knee, but we’ll take a closer look at the hotel.

– He felt a little insecure on his knee and then we know it’s not good to play and you’re more exposed to new injuries so we let him sit on the bench, says Torgalsen.

According to TV 2, national team manager Christian Berge confirmed that flying instead of the young winger might be appropriate. In this case, Aalborg player Sebastian Barthold will be the obvious candidate.