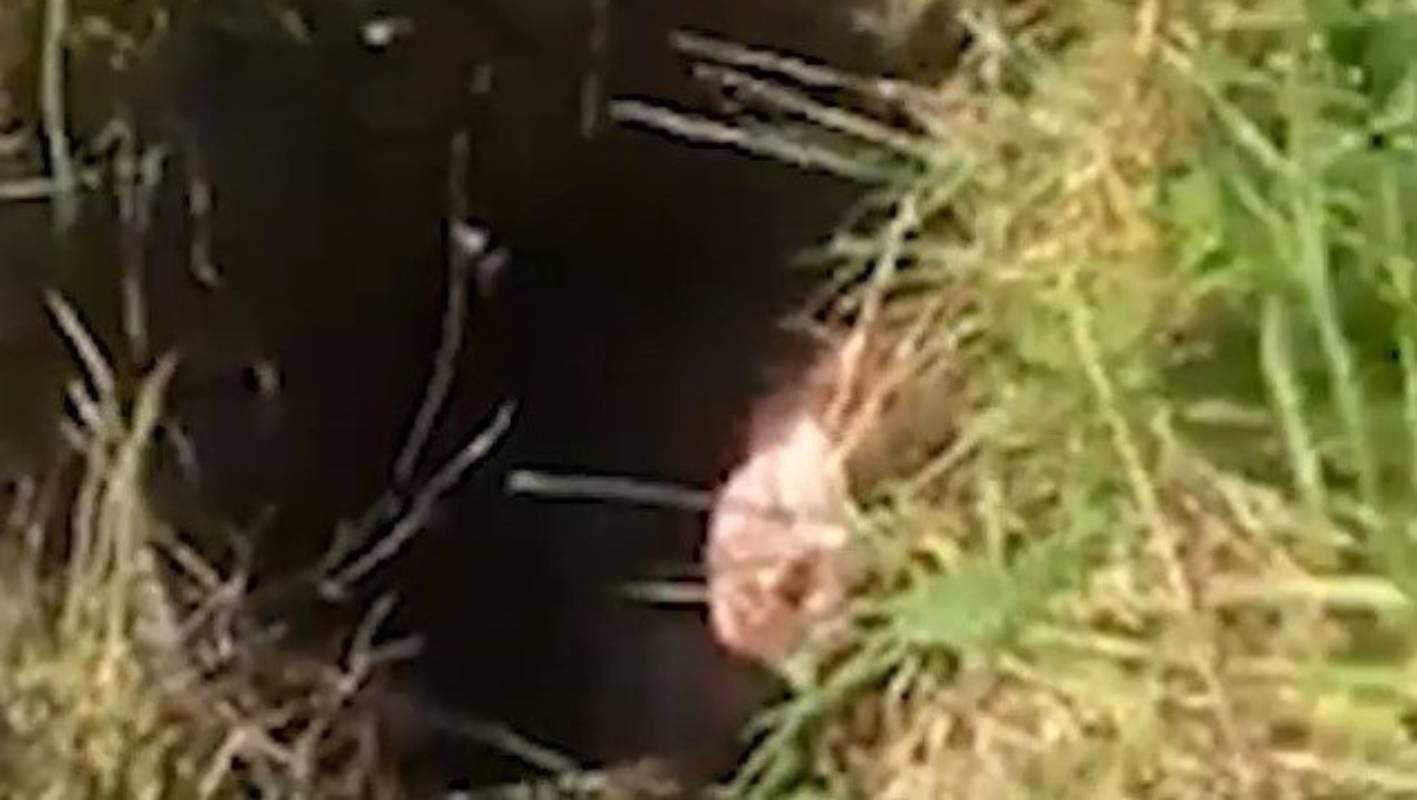 In a decrepit backyard in a well-to-do suburb a Wellington woman has learned a valuable lesson: Don't stand on rotten wood over a chasm.

The woman was exploring a backyard in an abandoned house in Hawker St, Mount Victoria, on Saturday when the plywood broke down, sending each plummeting down a deep hole from which firefighters had to retrieve her.

Her friend Iasona – After a failed attempt to retrieve her – videoed the debacle and posted on Facebook.

"Just think of it as a Survivor Challenge – But this is your life, not money, "he called down the hole.

READ MORE:
* Survivor crawls to safety after driver dies in rural farmland
Stuck on a cliff above Huka Falls, a student thought he was going to die
* Neighbors fear iconic views of St Gerard

Then, as a crew from Fire & Emergency was arriving, he asked, "Shall I put this over so dramatic?", Referring to the rotten wood.

Iasona said his friend was scared of two things – spiders and how much further.

But afterwards, with just a few bruises, the video was put on Facebook.

"You have to take the piss out of her – she would have done the same thing," he said.

Neighbors said the house, neighboring St Gerard's Monastery, had been abandoned for years.