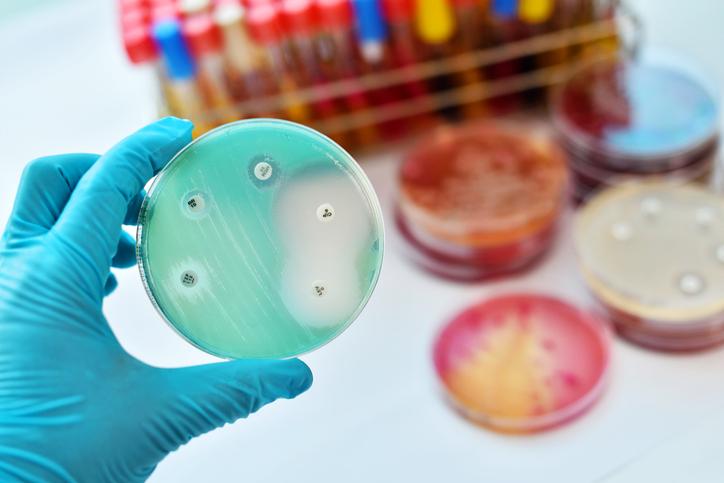 "Super Bacteria" that resist the strongest antibiotic therapy: This is a new threat to human health. A report on antibiotic resistance in 2014 indicates that in 2050 antimicrobial resistant infections could become the leading cause of death in the world and cause 10 million deaths per year. Lancet Infectious Diseases makes an equally worrying finding.

According to the researchers, antibiotic-resistant bacteria caused the deaths of 33,000 people in the European Union in 2015. "The burden of these infections is comparable to that of influenza, tuberculosis and HIV / AIDS," the scientists concerned.

One-third of deaths in Italy

To achieve these figures, the European Antimicrobia Resistance Surveillance Network (EARS) developed a model for the measurement of contamination and deaths for five types of infections using data. In 2015, 671 thousand 689 people were infected and 33.110 people died as a result of infection with multidrug-resistant bacteria.

Among the victims, the majority of children under the age of 12, people aged 65 and over. Italy and Greece are particularly affected by these infections with highly resistant bacteria. Italy, in particular, accounts for one-third of deaths associated with antibiotic-resistant bacteria. In 2015, 10,000 people died of infections, including bacteria Escherichia coli (E. coliand staphylococcus aureus.

Excessive use of antibiotics for doctors is the cause of these deaths. Approximately 75% of 670,000 multidrug-resistant infections estimated in 2015 were in hospitals. Therefore, the "urgent immune defense or age" in the urgency of considering the need to design alternative therapies for patients with antibiotic resistance and other diseases as a vital health data for patients.

This estimate of the number of deaths from infection with a multidrug-resistant bacterium suggests that a number of researchers have developed a new method for antibiotics to be effective against infections caused by highly resistant bacteria.

Published in the journal Nature ChemistryBy focusing on antibiotic vancomycin, they were able to make them stronger against two bacterial strains that were resistant to drugs. Previously, they have previously discovered that amino acid selenocysteine ​​can bind as a "handle" in small molecule drugs such as vancomicyne. These small proteins, called antimicrobial peptides, are part of the immune defense of most organisms.

When they used this method to fix peptides with vancomycin, scientists found that they were constantly bound to the same site on antibiotics, producing chemically identical molecules. They then tested various combinations of different antimicrobial peptides until they were capable of overcoming multiple resistant bacteria. Vancomycin, in combination with the dermaseptin peptide, is five times more resistant to infectious bacteria Enterococcus faecalis (E. faecalis) are common in health facilities.

In addition, the team discovered that vancomycin, which is combined with another antimicrobial peptide called RP-1, destroys super-bacteria. Acinetobacter baumanniiThere is no effect of vancomycin alone. A. baumannii it is also very resistant to drugs and a common cause of health-related infections.

Tests with approximately thirty other molecules, including resveratrol and serotonin, demonstrate that the approach can easily bind peptides to almost any organic molecule having the "electron-rich loop of the right type". researchers. "In light of these results, we believe that our chemistry will be a valuable bio-conjugation technique for society and may lead to a therapeutic conjugate molecule capable of eliminating multidrug-resistant bacteria."