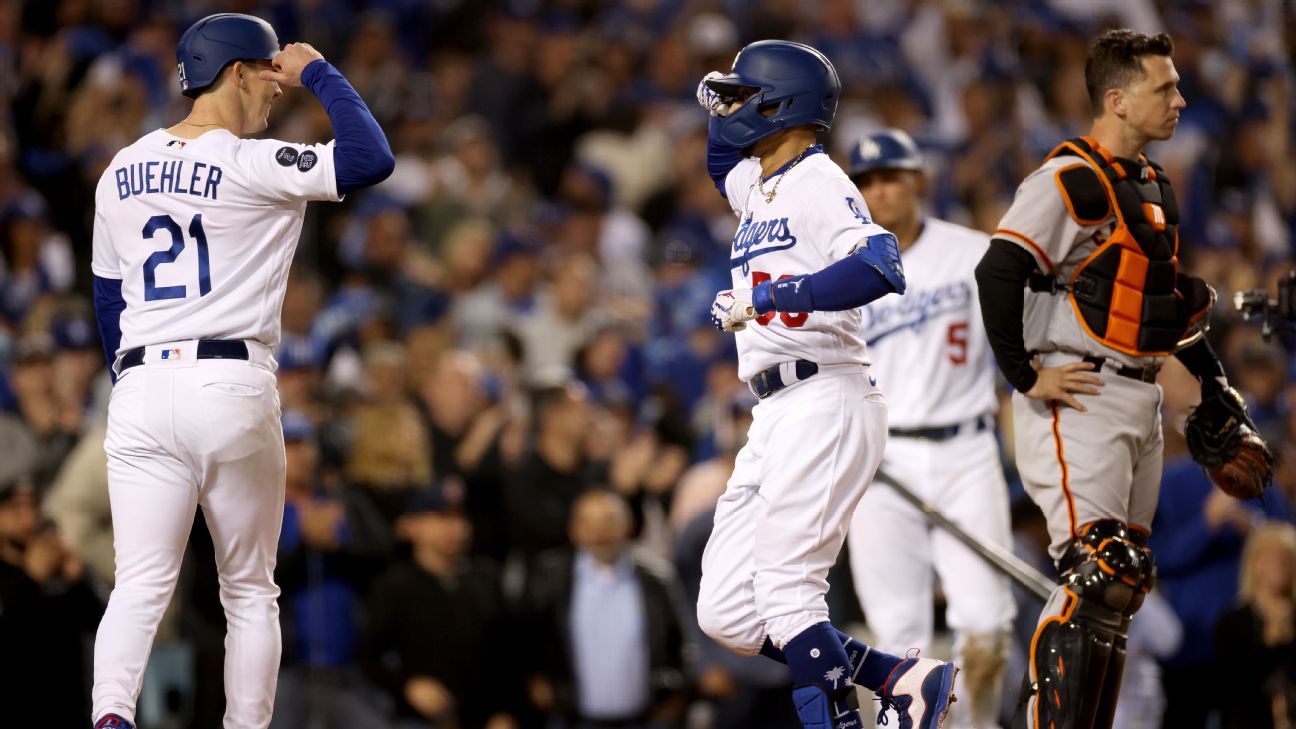 LOS ANGELES – The Los Angeles Dodgers scrimmage emerged to force the fifth and decisive point of the Series, beating the San Francisco Giants 7-2 in Game 4 of the NL Division Series on Tuesday night. Mexican pitcher Julio Urías will be responsible for starting the mound for Angelenos in San Francisco on Thursday.

“I just know when we were on the ropes that there was a guy named Walker Buehler who was there to get us out of this, he did it again tonight but we have one more game and Julio (Urías) has to get us home.” Said smiling Mookie Betts, sitting next to Walker Buehler at the press conference after the victory.

Walker Buehler started Game 4 for the Dodgers just three days apart. It was the first time in his career that he started a game with so little rest. But Walker didn’t hesitate for a second, knowing that he would be there for the team when they needed him most. After 4 1/3 hits, Walker left the mound after 71 shots, disallowing the run and taking four hits.

“There’s nothing to stop me, as long as I could walk to the clubhouse, I was going to take the field,” said a confident Buehler.

“First time I had to open with such little rest, I felt good, we’ll see how I do tomorrow. It was a knockout game, I wanted the ball, I feel good for what I did, I wish I could have gone further, but that’s the case and to protect it from the bullpen’s talent. There is confidence for it,” he added.

Now, the turn for the fifth and decisive game will come over Julio Urias, who won Game 2 of the Series in San Francisco. In this duel, the Mexican shooter was decisive not only from the top, but also in the attack of the bat.

“Julio (Urías) has an old soul, he stands on the mound and seems to have done this for a long time. He was so sure of himself that he passed. It may not say much, but you see, and I know that no matter what day it is, you will have that self-confidence and you have to win the game,” Betts shared, finishing 2 out of 4 with 3 RBIs and a home run.

Thursday will be the 24th meeting of the season between the two California franchises in Western divisional rivalry. Both the Giants and Dodgers have already had 109 wins this year, and in the fifth of the Series, knowing who will advance to the Championship Series will be decisive, but in addition, it will mean the 110th victory for someone. 2nd.

“For us it will be to go out and play our game, we will be ready to have good bats offensively and take advantage early on. They know us, we know them very well and who will love him a little more and be ready that day,” he shared 4′ Will Smith, who finished his te with 2 RBIs.

The Atlanta Braves have secured their spot in the National League Championship Series, so the reigning champions expect a rivalry between the Dodgers or San Francisco. As Dave Roberts knows all too well, it will be an emotional game not to be missed.

“Baseball wants it, and we’ll be the only show (Thursday). All series are over so if you have a heart rate or if you are a sports fan you will have to watch the Giants-Dodgers, it will be a great game.”