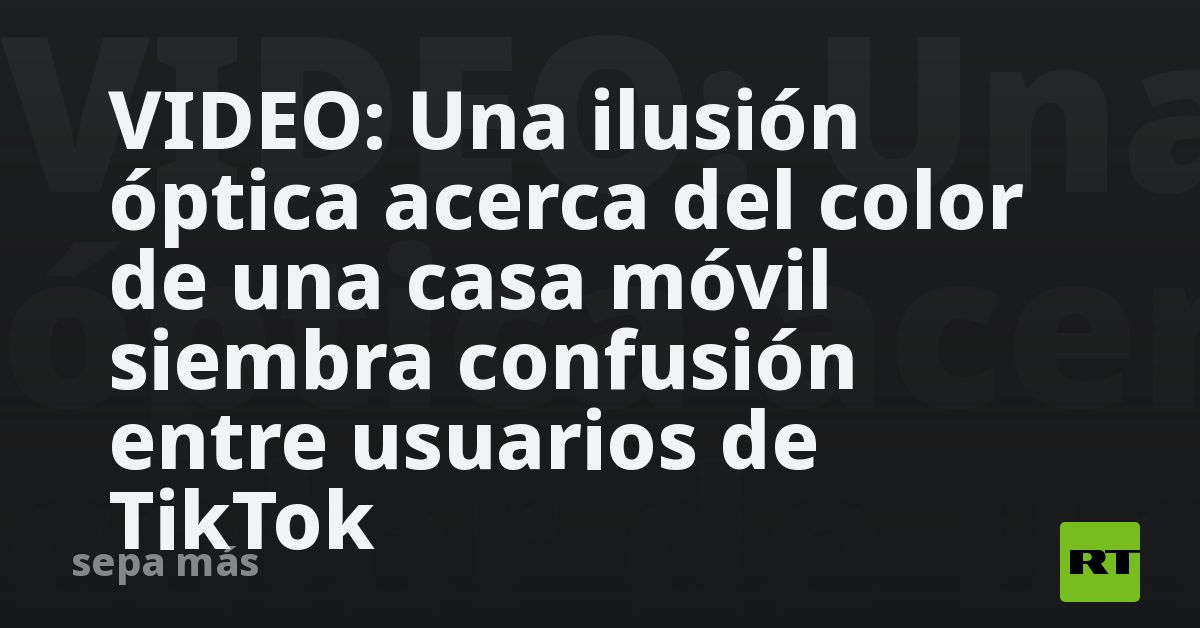 As images of the van go viral, TikTok users are talking about the most diverse color combinations.

21-year-old Australian Spencer Porter bought a motor home built in the distant 70s of the last century. Determined to showcase the process, created a TikTok account to show the restoration progress. And recently released a series of videos to draw the public’s attention to an optical illusion in the visible color change of the trailer.

In an interview with news portal news.com.au this Monday, Porter spoke about the heated controversy that caused the exterior color of his van. Thus, while he thinks he’s painted blue and white, his partner claims it is pink and white. Tirada interfering users have offered multiple varieties in a color range from white-mint to gray-green. Spencer decided to offer a thousand dollars to the first person to guess the exact color of the vehicle.

He contacted the former owner to clarify himself and learned that the truck was actually white at the top and green at the bottom, but said that he perceived his mobile home in different colors depending on the lighting.