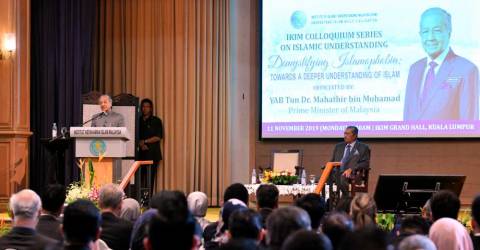 He said the frustration among the Muslim countries, especially the Palestinians, the reason behind the terrorism attacks.

Lot A lot of Palestinians and Muslims in general become very frustrated and angry.

Important The important thing is we must recognize the reason behind these acts (of terror). Many Muslims are being oppressed. They are acting not to regain their lands but to vent their anger.

“If we don’t recognize this reason, then these acts of terror will continue and it will become worse as more people become frustrated. The inability to fight conventional wars will resort to terrorism acts, said he said at the International Colloquium Series on Islam Understanding Demystifying Islamophobia, here, today.