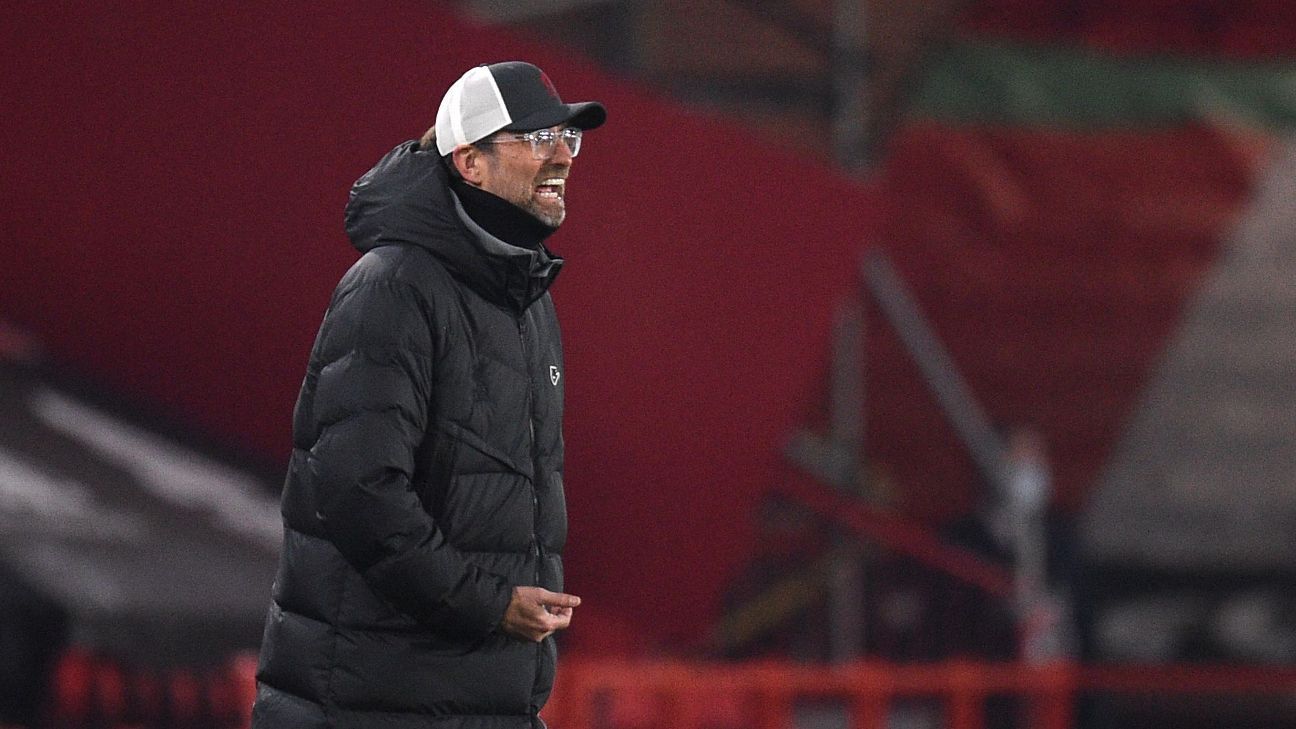 Jurgen Klopp raised the possibility that Liverpool will pull players from the World Cup qualifiers later this month, saying it is “not possible” for team members to be locked out of a hotel for 10 days after returning from countries on the UK’s COVID-19 Red List.

Direct travel to and from Red List countries is prohibited in the UK, and all of South America and Portugal are still under these strict measures. Liverpool has three Brazilian international players – Alisson, Fabinho, and Roberto Firmino – and Portugal will call Diogo Jota by their country later this month.

Anyone returning from the Red List countries needs to quarantine at an airport hotel for 10 days without any exemption for elite athletes, and Liverpool manager Klopp admitted his concern about the potential impact of players flying from around the world for the World Cup qualifiers.

“It would be great to have more information, but we can’t get the information,” Klopp told a news conference on Wednesday. “I think FIFA was a bit open this time saying that we don’t have to let players go, and I think all clubs agree that we can’t let the guys go and resolve the situation when they come back with our players to have a 10-day quarantine in a hotel or whatever.

“This is not possible. I understand the need for different FAs, but this is a time when we cannot make everybody happy. So we have to admit that players are paid by clubs, which means we have to take priority. Here it is.

“This means that we all have an understanding for different needs, I understand with the upcoming competitions in the summer. But at this time of our lives you cannot make everyone happy at the same time.

“People need time to make decisions and we don’t think too much about it because we are not effective about it, but we are only concerned with what others decide.

“But I think everyone agrees – we can’t let players go and play for their country, and then we can’t quarantine in a hotel for 10 days. We can’t do that like that.”

South American qualifiers in the CONMEBOL region are most at risk of being disrupted, and many Premier League players will be involved in Brazil’s matches against Colombia and Argentina.

But with FIFA allowing clubs to suspend players for this qualifying round in case of COVID-19 issues, Klopp said clubs’ interest should come first.

The rate of COVID-19 infection in the UK has dropped in recent weeks, to the extent that the government has set a roadmap to relax social distancing measures, with all restrictions to be lifted by June 21.

But despite the progress in the UK, Klopp said clubs are concerned about the possibility of players dropping their COVID-19 safe bubbles to join their international squads.

“First of all, yes, we are worried about everything that’s happening in terms of the virus when someone had to leave the bubble in the last few months,” he added. “We weren’t without a case in the bubble, but we had no cases for a long time and never spread.

“There were two eras – the last international break, the time when more cases emerged than before, and the Christmas period, which was a challenge for the whole community.

“And now in England, everything is moving in the right direction and it looks positive and promising, but yes, we are concerned about some things.”

CONMEBOL will meet internally on Wednesday and hold a virtual meeting scheduled on Thursday to discuss the matter with FIFA president Gianni Infantino.

Sources told ESPN that CONMEBOL leaders did not consider playing in a bubble and would not play qualifiers without their European players.