Fortnite's wildly fought food is the best mode yet. 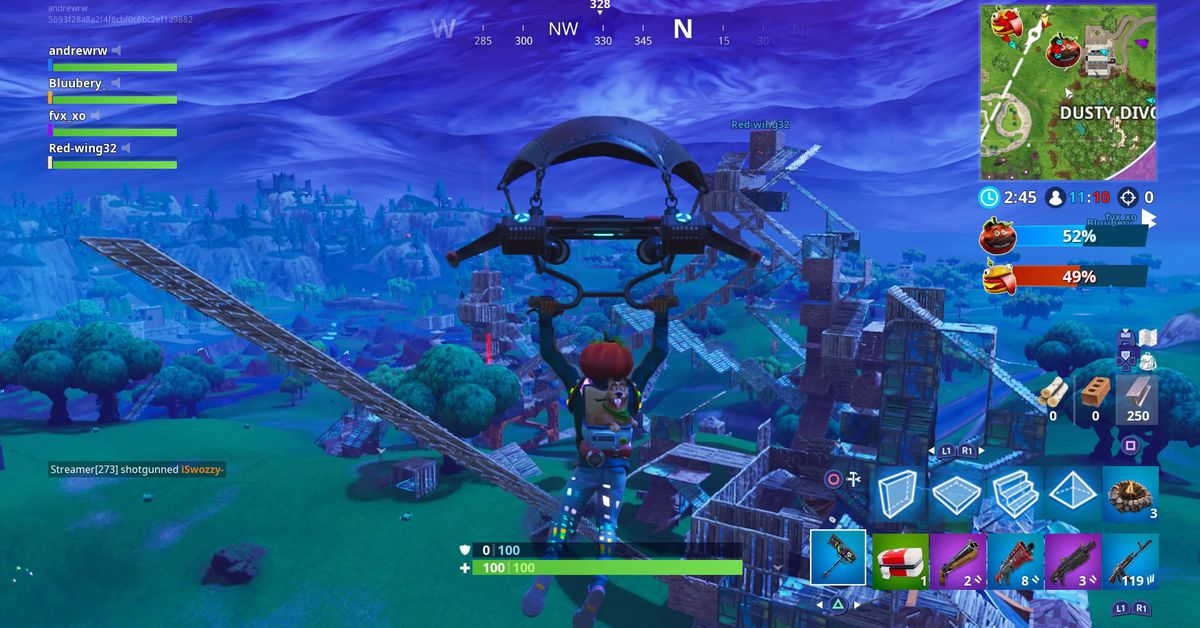 New modes are in and out Fortnit to at an incredible pace. There were everything from dance battles to jewelery. Then, before you know, they're gone. These limited time modes or developer Epic's LTMs are often fun experiments that don't say a lot about the aspect of the game as a whole. But I hope this isn't about yesterday's fight-fighting. This is a great new team battle that emphasizes all the best parts. Fortnit toand the funniest thing I've had in the game for a long time.

Epic has in fact been imitating food fighting for a while. Fast food chains Durr Burger and Pizza Pit were the little ones that made the Twitter surveys on the map, which emphasized the desire for hatred. In the game's setup – yes, Fortnit to there's a fiction – these chains don't like each other very much. Before the start of the fight, I came across two food trucks just opposite each other, as if a war was about to erupt.

It turned out to be the perfect fluctuation because the battle was the best way to fight the best of the battle. Here's how it works: At the beginning of each match, a huge, indestructible wall is divided into halves. On each side of the wall there is a giant mascot head that represents each chain. Your job is to spend precious moments building a defensive structure around your mascot as part of a 12-member team. Then, when the wall is collapsed, both teams must destroy other fast food icons. In addition, everyone wears a hamburger or tomato mask to show which team they are on.

There is a great tension between creation and destruction.

There is an incredible moment in every match when the wall falls and you can finally see what your opponent is doing. With 12 people working together, we saw quite wild creations, including secondary towers to provide jarring towers, gigantic launch launchers and even multiple points on the map. Though this sense of fear doesn't last long, but immediately after the barrier falls, all hell is broken.

The best way to identify the real battle part of a food fight crazy. It is a constant mess to re-build your defense, to exclude invading players, and also to worry about destroying their mascots. What's great about it is that the mode puts equal emphasis on both sides. Fortnit to: building and shooting. You have no choice but to do both. The size of the mode also feels perfect. With 24 people, it's big enough to make you feel like a really big battle, but even if you're not great, it's small enough to feel like you've contributed. Fortnit to player. Also important: unlike most Fortnit to modes, you are quickly reborn in the food battle, which makes it possible to play a little more boldly than just a life.

Next to the new mode, the newest Fortnit to patch also introduced turrets. I heard people complaining that they were overpowering to use it in the main battle royale mode, but it was completely necessary in the war of food. In fact, in almost every game I've played so far, a turret fire volley was sent in both directions as soon as they landed at the wall, and they immediately destroyed most of the players. One of my favorite things to do is to move to the base of the other team, get into an unmanned turret and completely destroy the entire environment. There is a great tension between the creation and destruction I've bound to me.

What makes the food fight so good is that it feels perfectly well. Fortnit to, but A very different way from war royale, or any LTM that really came before. It achieves a perfect balance between building and shooting, where Epic often struggles to achieve other modes. Really, the only problem is that you probably won't last longer.