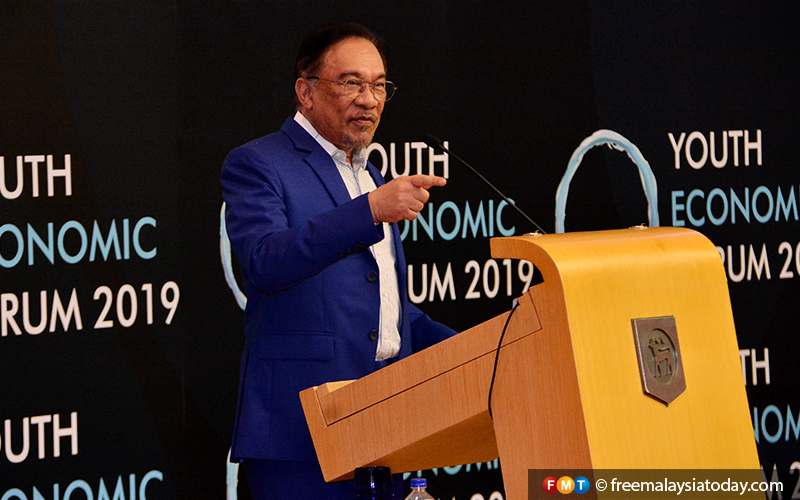 Today, Anwar stressed the need for such an urban poverty, regardless of ethnic groups.

“This must be the new narrative. It’s not about Malays against Chinese. The majority of the poor are Malaysian, some Indians in the real estate sector, Chinese, small in number but still they're a part of our big Malaysia family, and those in Sabah and Sarawak.

Anwar said that if the youths of today were to reach out in compassion, the country would see a new generation of youths who carry such values.

He hoped that young Malaysians would be able to carry this narrative and addressing.

“I have great expectations and hopes that you will affect that change.

General The general comradeship among students in the 1960s was far better than what it is now. Having said that, it reflects the failure of governance.

“We were too busy having leaders making money and helping their cronies than assisting the people,” he said.