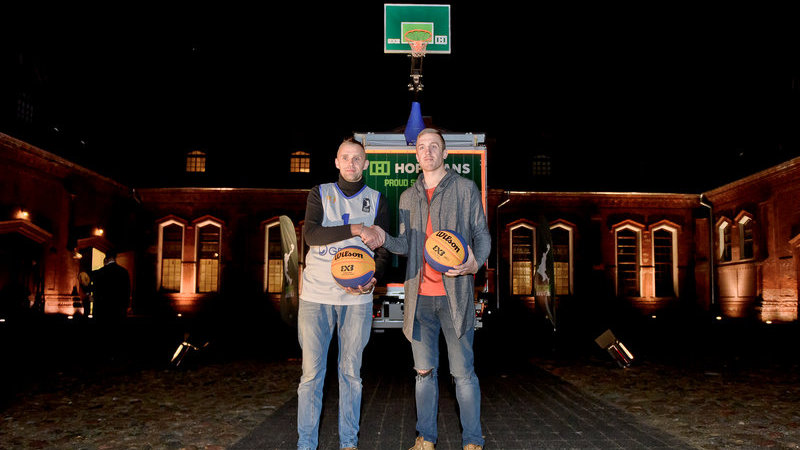 The main sponsor of the new 3×3 basketball winter season is the forward logistics company Hoptrans, which has been supporting Lithuanian basketball for many years. Hoptrans Winter Open will be officially referred to as the Winter Term Championship, which will begin on November 18th, where the first stage of the five seasons will take place. The final stage will take place on March 24, 2019.

"For many years we have been responsible for and supporting the Lithuanian basketball. We started with the men's team, we were women's basketball, and now we have a new product, and we believe that. we also hope to decorate the brand "Hoptrans".

The main goal of the association is to find Lithuanian representatives to play 3×3 basketball in Tokyo Olympic Games in 2020. True, there is still European and World Championship before.

"I would like to thank our partners for believing our opinion. The most important thing is to fulfill our words and wishes. One of the founders of the 3×3 association Rolandas Skaisgirys, even with the help of all partners, I have no doubt that we can do serious things.

"We are all thinking about 2020, but above all, we are looking forward to the European and World Championships. We are delighted to contribute to the development of this sport," says Arvydas Rimas, creative director of TV3's Antrino TV.

Hoptrans Winter Open House was the Kaunas Region where the next five stages would be completed. This area is also welcomed by the Mayor of Valery Mokunas.

"We will do everything to make the winter season unforgettable in the town of Kaunas. We hope that this project will include new, interesting and young people for us. Many famous athletes in Kaunas Region have grown and hope to continue such a trend." will be connected to a team, "- said V. Makımnas.

Winter priorities will take place in five stages where teams will earn points, and most will win the Lithuanian team and have the chance to represent Lithuania in World Championships in Amsterdam.

The decoration of the presentation event became a new record in the record of a hit in the highest pot in Lithuania. Winter season players attempting to hit a 5-meter ball at a height of 60 meters: Šakiai "Vytis" basketball player Marijus Užupis and amateur basketball legend Dainius Novickas. In his first attempt, he was not the only record previously captured by D. Novick and managed to break another record.