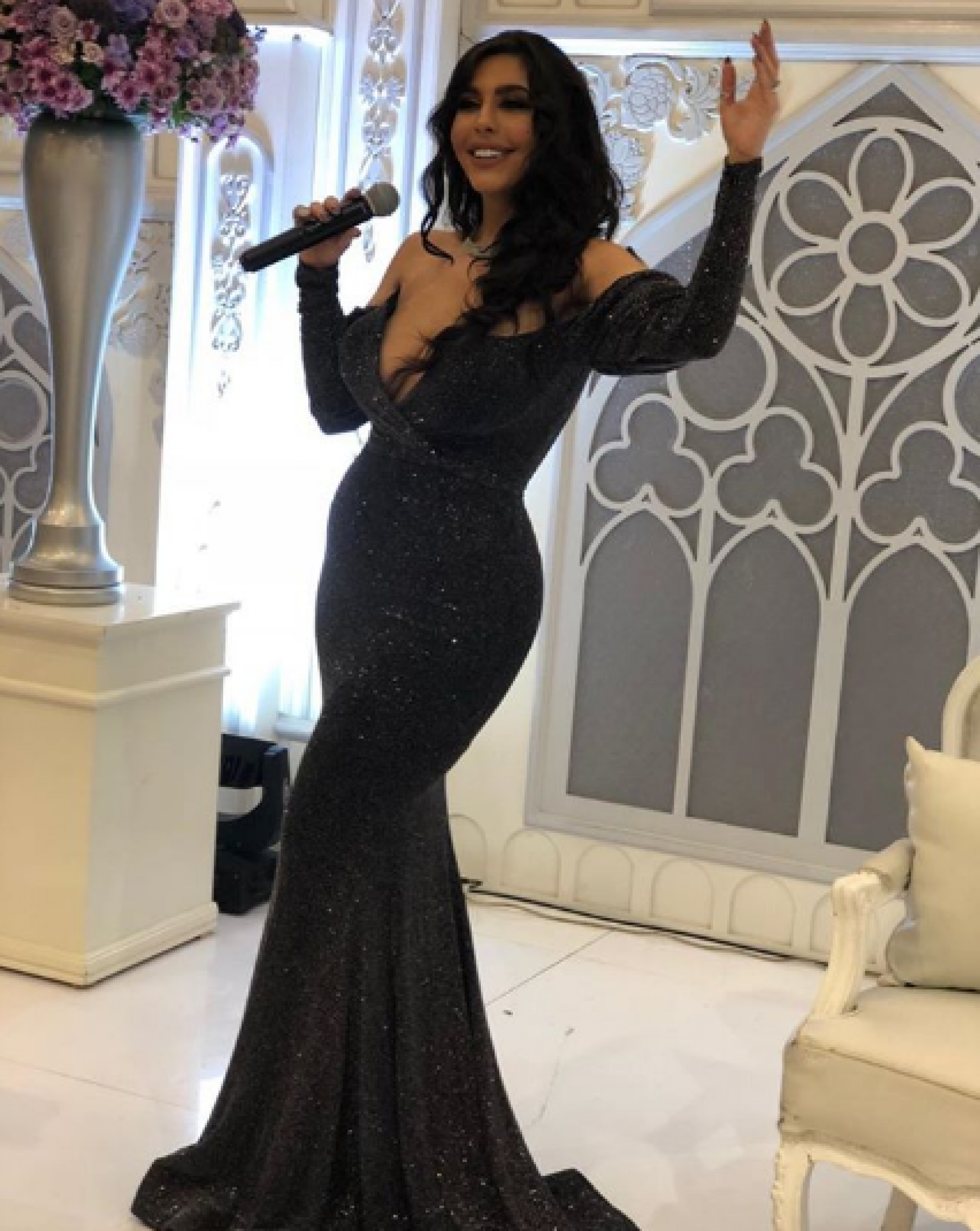 Lebanese singer Laila Iskandar instigated a broad debate with a bold vision through social networks, about a month after he was born, with his first child Youssef, his Saudi husband Yacoub Farhan.

Using his official account, Iskander released a photo of her wedding at a wedding in the Saudi city of Taif. Here, he was wearing a long dark gray dress with no shoulders and was characterized by a largely open chest, especially the V story.

The young woman joined the video clip from wedding preparations and trained and educated about some of the songs in the group, drawing attention to the change of hair color and the peculiar hair style she adopted.

She chose a hairstyle similar to what she had done in China and Japan, her hair was black and completely removed in the shape of a cake, leaving a very short recess on her forehead, which made her very absurd by some followers who compared her to a Chinese cartoon character.