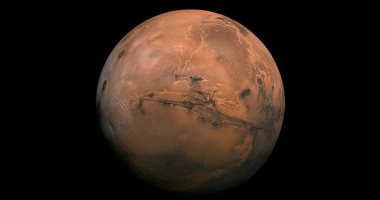 Astronomers and those who are obsessed with astronomical events have a history with a series of astronomical phenomena that will grace Egypt’s sky in the coming days and until the end of January.

Dr. Ashraf Tadros announced that we will be on Friday, January 22, at a date when Mars and Uranus converge. The planet Mars and Uranus are combined on this day, just after sunset until about midnight.

Ashraf Tadros revealed that because Uranus is difficult to see with the naked eye, it requires the use of telescopes or binoculars.

And the former head of the astronomy department and a professor of astronomy at the National Astronomical Research Institute announced on Thursday, January 21, that this day will be the union of the moon and Mars, with the merger of the moon and Mars. and they could be seen with the naked eye right after sunset until midnight.

“Save Lebanon” … a “my forces” delegation in Bkerke

A missile target and a fun celebration in the Belgian League

That’s why I won’t get the Pfizer vaccine